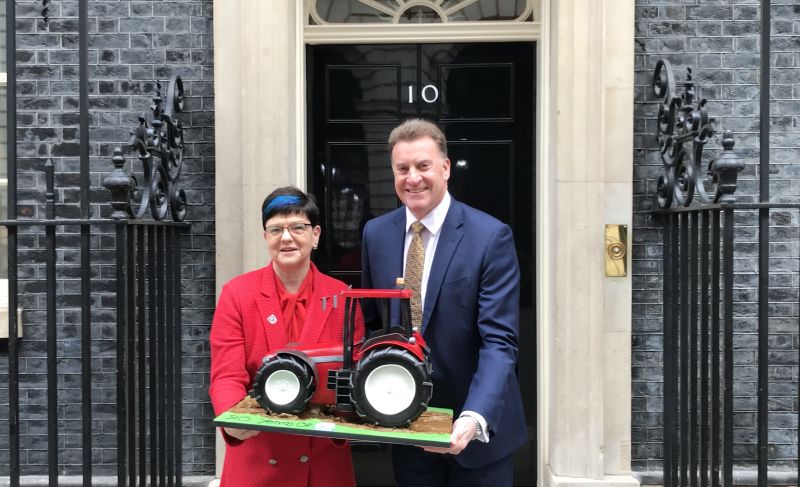 Boris Johnson has received an edible reminder of how proud British farmers are of the food they produce and the standards they attain.

It marks the start of a year of celebrations as the assurance scheme turns 20 years old.

Baroness Neville-Rolfe has written a blog outlining how British standards are underpinned by Red Tractor.

In it she says: “As we enter our 20th year and we celebrate what has been achieved in the past two decades.

“We wanted to take this opportunity to remind the government that while UK farming holds itself to a high standard, any trade agreement must demand the same of other countries – making it an equal and fair playing field.”

Red Tractor was created to rebuild trust in British agriculture after a spate of food scares.

It now has an equally important job to ensure that the UK maintains its leading position on food production.

Around 75 per cent of UK agricultural output is Red Tractor assured – which means about £14 billion of British produced food and drink carry the logo.