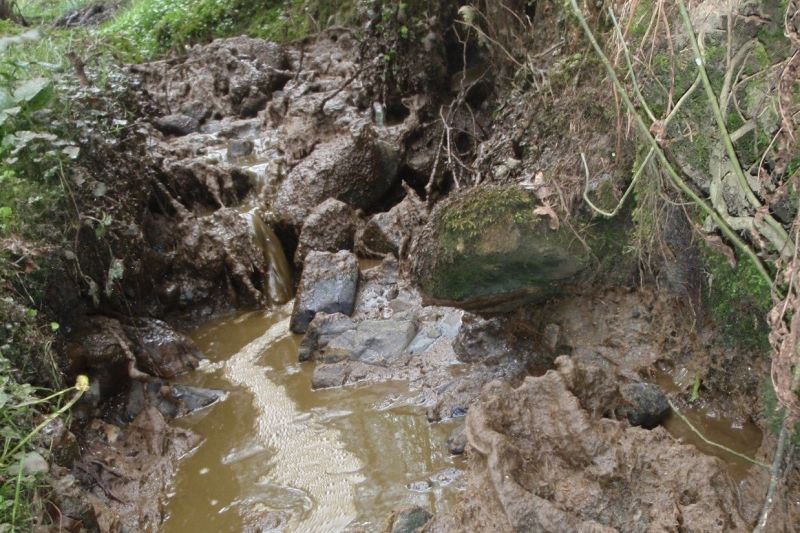 The Hodder was discoloured and smelled of slurry for several kilometres, Environment Agency officers said

Lancashire farming businesses have been prosecuted after a pollution incident which saw farm slurry enter a nearby river.

Wilson Contractors (trading as Wilson Farming) had spread slurry on behalf of Withgill Farm, which is one of the largest dairy farms in the UK.

Both companies were fined £11,500 and each ordered to pay £4,063 in costs and a £170 victim surcharge after the Environment Agency brought the case to court.

Following a complaint from the public, officers investigated the incident at Withgill Farm, which is bounded by the river Hodder to the west and the river Ribble to the east.

They found that a significant volume of slurry from a dairy herd had entered a field drain outlet at the farm and flowed into a small stream, leading into the river Hodder – a river well known for its salmon fishery.

The Hodder was discoloured and smelled of slurry for several kilometres, officers said, and this continued beyond its confluence with the river Ribble.

The Ribble at Lambing Clough near Dinckley, over 7.5 km from the entry point, was deemed unfishable by anglers.

The next day, the Environment Agency saw that an earth dam had been built across the end of the stream to prevent further pollution and witnessed contactors tankering slurry away.

Below the dam, the stream had almost dried up and slurry was no longer entering the river, however, the river was discoloured heavily downstream of the confluence with a distinct cloudy plume extending into the main channel.

Jackie Monks, the Environment Agency’s Environment Officer, said: “Pollution incidents such as this can cause distress to local communities, reduce water quality and spoil ecosystems.

“As this prosecution shows, we take tough action against any company or individual who causes significant pollution and damage to the environment and we hope that these fines act as a deterrent and help us better protect the environment and the public in the future.

“This incident could have caused major harm to the fishery in the River Hodder and River Ribble, however, we believe that because it happened during very cold and wet weather, it prevented a major fish kill.”

The court heard that Wilthgill Farm had received a previous conviction, two cautions and a number of warning letters - all for water pollution offences.