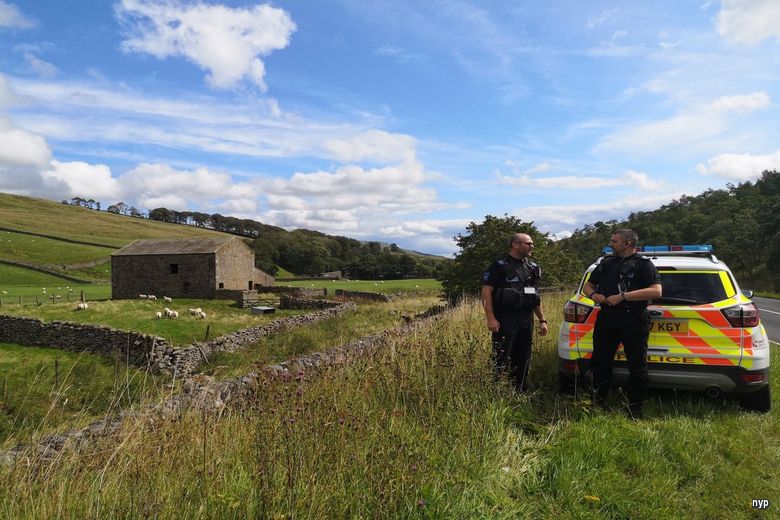 The operation saw dozens of reassurance visits to farms

More than 100 vehicles were stopped and checked – and more than 40 farms safeguarded against crimes – in a recent rural policing operation.

At the start of a national week of action targeting rural crime, police forces all over the north of England took part in Operation Checkpoint on Sunday 6 October.

In rural areas across Cleveland, Northumbria and North Yorkshire, around 100 vehicles were stopped and checked to ensure they were in order, and there were more than 40 reassurance visits to farms.

In North Yorkshire, one of the vehicle checks resulted in an arrest for drug driving.

Operation Checkpoint is the biggest operation of its kind in the country.

The forces involved share intelligence and information and patrol across force boundaries to target criminals, disrupting their use of the road network in rural areas and bringing anyone found breaking the law to justice.

Police tactics included the use of Automatic Number Plate Recognition (ANPR) technology to locate vehicles suspected of being connected to crime, as well as targeting vehicles seen in suspicious circumstances.

Inspector Jon Grainge, of North Yorkshire Police’s Rural Taskforce, said: “Operations like Checkpoint help us share resources and information to clamp down on criminals, wherever they are from and wherever they are going.

“Thanks you to everyone involved, particularly members of our Mobile Rural Watch schemes, who gave up their own time to support the operation here in North Yorkshire. As always, their support was invaluable.

“Operation Checkpoint sends a clear message to criminals who target our rural communities that their illegal activity will not be tolerated.”

The Wildlife and Rural Crime Week of Action, which is co-ordinated by the National Police Chiefs’ Council, runs from 6 to 13 October, and follows the success of a ‘rural crime day of action’ in 2018.