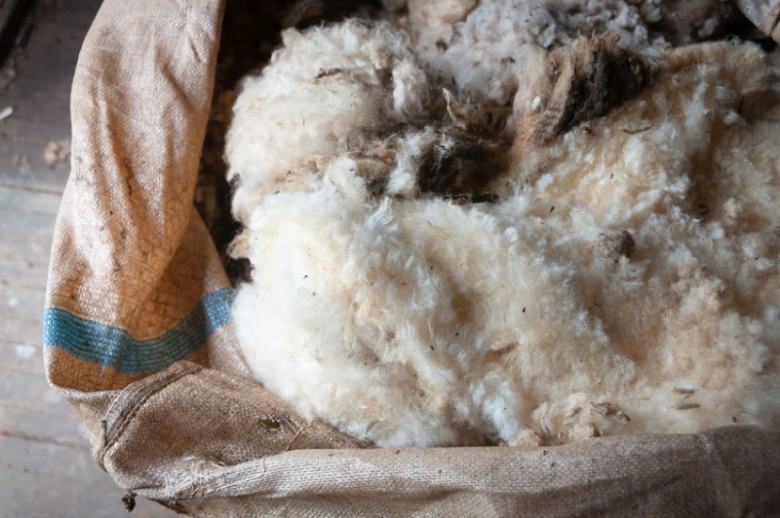 The NFU is throwing its support behind a petition which aims to deliver a new, long-term market for British wool

The NFU is backing a 'much-needed' campaign calling for British wool to be mandatory for insulating in the government’s new home insulation scheme.

The petition aims to deliver a new, long-term market for the fibre as wool prices have fallen substantially below the price of shearing for many producers.

It also calls for British wool products to be mandatory for insulation and carpeting in any public financed building projects.

It comes as increasing reports show that many farmers are incorporating wool fleeces into the manure heap rather than selling to British Wool.

NFU livestock board chairman and North Yorkshire sheep farmer, Richard Findlay said the campaign was 'much-needed' given the current climate.

"It is a natural, sustainable product and is suitable for a range of uses from carpets, textiles and clothing as well as housing insulation," he said.

“At a time when we’re all concerned about our own impact on the environment, it makes sense that the government does all it can to encourage the building trade to use a natural product like wool rather than using man-made products.”

The online petition, which has now received over 18,000 signatures as of Friday (31 July), says wool is 'sustainable, fire-retardant, bio-degradable, and the most efficient form of insulation'.

The petition's campaigners say sheep farmers receive less for their wool than the cost of shearing the sheep.

"Last year David Jones received 28p a fleece and paid the shearer £1. This year the value it set to drop by at least half.

"He and many other farmer's across the country, decision to plough their wool into the fields as fertiliser," they say.

Farmers have also raised concerns that following the Brexit transition period, producers may be further affected by possible new tariffs on sheep meat of at least 40%.

Currently over half of the UK's sheep exports go to the EU, but producers fear they will never be substituted by trade deals with the USA or Japan, for example.

"Sheep farmers' incomes are being squeezed at every point," campaigners explained.

The signatures will eventually be delivered by hand to the Chancellor at Downing Street and Defra Secretary George Eustice.