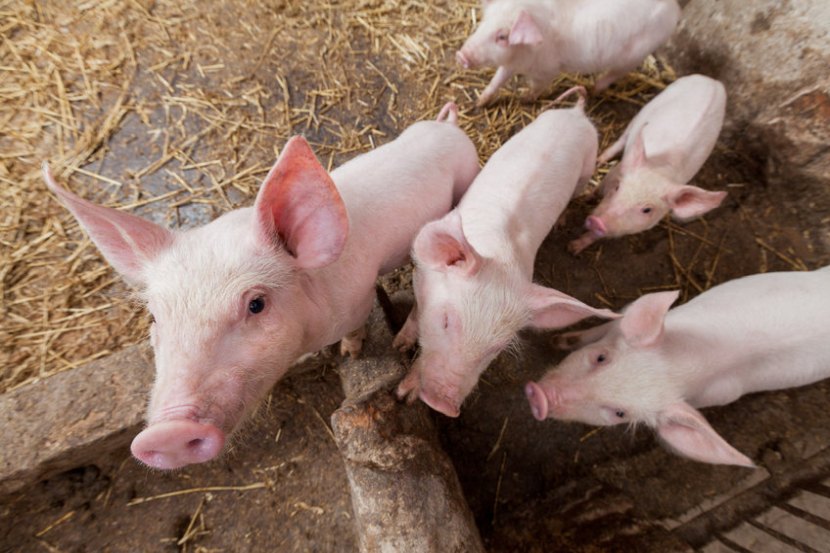 There is an estimated 85,000 extra pigs on farms, a number increasing by approximately 15,000 per week
Sign in to add your own press release SIGN IN Register

Pig producers are quitting the industry or cutting down on numbers because they can not sustain losses any longer, the National Pig Association (NPA) has warned.

The government has been repeatedly called on to take immediate action to address the labour crisis crippling the food and farming sector.

This chronic shortage of labour affecting meat processing plants across the country is causing a growing backlog of pigs on farms.

Currently, there is an estimated 85,000 extra pigs on farms, a number increasing by approximately 15,000 per week and farmers are running out of space fast.

The sector has taken a battering over the past year, as a ‘perfect storm’ of Covid-19, Brexit and record costs of production has already forced some to quit the industry.

While empty shelves are becoming commonplace and Christmas specialities such as pigs in blankets under threat, the knock-on effect of the staff shortages is having a devastating effect on pig farmers, the NPA warned.

The first half of 2021 was the pig sector’s worst financial performance on record on the back of record costs of production, according to recent estimates by the AHDB.

Producers lost £116 million over the first six months of this year, and there is no sign of any immediate let up in the financial pressures the industry is facing.

"Many are now being forced to face the real prospect of having to destroy pigs because there is simply nowhere for them to go."

She said some farmers were in a 'heart-breaking' situation, with many getting desperate and not sure what the future holds.

“Without immediate government intervention, more producers will be pushed over the edge," Dr Davies added.

"22,000 sows have already been lost from the national herd this year, and this is just the start.

The NPA was one of the food and farming organisations behind a report by Grant Thornton, which called on Ministers to introduce a 12-month Covid Recovery Visa to help alleviate workforce shortages.

It estimates there are more than 500,000 vacancies across food businesses and sets out how the visa could be a vital short-term measure to enable them to access foreign labour while the economy recovers from Covid-19.

But Ministers’ initial responses have not been promising. Business Secretary Kwasi Kwarteng told business leaders foreign labour only offered ‘a short-term, temporary solution’ and urged employers to help the 'many UK-based workers’ who need to find new employment opportunities’, according to The Financial Times.

Dr Davies said this sort of response highlighted a deep lack of understanding about the labour crisis. “A short-term solution is exactly what we need right now," she said.

"The pork supply chain has tried for many years to recruit more workers from the domestic workforce, but there aren’t the number of trained workers out there to fill the vacancies that exist now.

“And suggesting that we can access people coming out of the furlough scheme is completely naïve – for a start we cannot wait until the end of September – this crisis is happening now.

"In addition, many of these people do not live where food manufacturing occurs, they aren’t skilled so would take time to train and I doubt that many would want to work in an abattoir.

Unless the government intervened soon to help alleviate the labour shortage, more producers would quit, Dr Davies warned, and 'they won’t come back'.