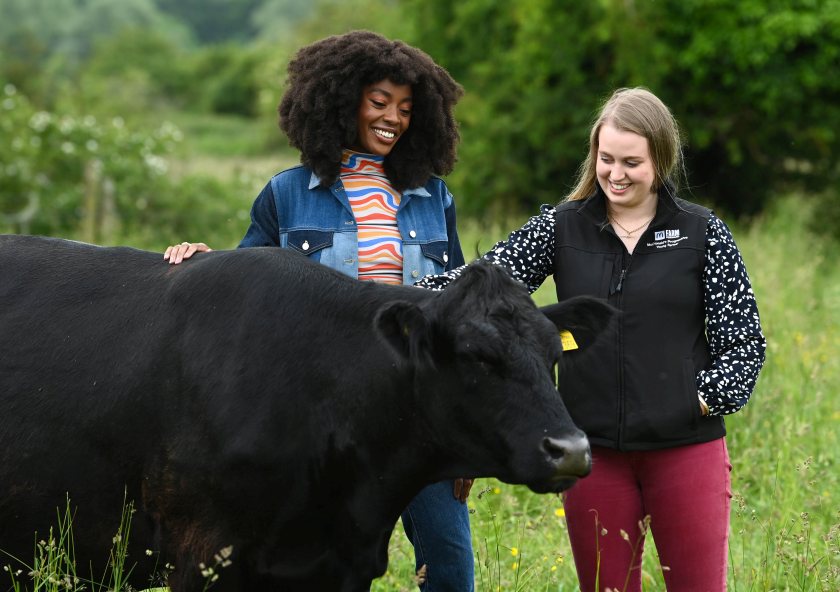 The lack of interest in entering the industry comes as three quarters of farmers say there is a significant skills shortage (Photo: McDonald's UK)

British farming is facing a talent drought as young people aren’t considering a career in the industry due to perceptions of poor job satisfaction, new research shows.

The research, by McDonald’s UK, reveals that the majority (60%) of young people aren’t considering a career in agriculture.

Reasons include a lack of relatable role models and negative perceptions about careers in the industry.

This lack of interest in entering the farming industry comes as three quarters of farmers say there is a significant skills shortage in the industry.

However, this research shows that young people are not seeing farming as either an attractive, or viable choice.

Over two-thirds (68%) of young people fear a career in farming wouldn’t provide them with job satisfaction and 70% don’t believe they have the skills required to succeed.

With the average farmer now aged 59 the existing perceptions of young people are adding to a growing challenge for British agriculture.

Over half (52%) of farmers say their farm is failing to find the talent it needs, yet 64% of those aged 19 - 22 see a lack of people like themselves in the industry as a key barrier to entry.

Responding to the survey, Jack Watts, agri food delivery manager at the NFU, said that a tight jobs market and cost inflation were both key risks driving talent flight from agriculture.

“There are opportunities to be had for ambitious entrepreneurs but access to capital, land, skills and markets are key barriers that NFU are asking the government to help the industry address. “

Following the survey, McDonald’s has launched a new campaign to increase diversity within the industry.

Working alongside famous faces including AJ Odudu and Hannah Jackson, the campaign will challenge the misconceptions young people hold about farming careers.

The fast food giant has also committed to work with LEAF Education and the School of Sustainable Food and Farming to understand 12–18-year old’s attitudes, beliefs and values when it comes to the industry.