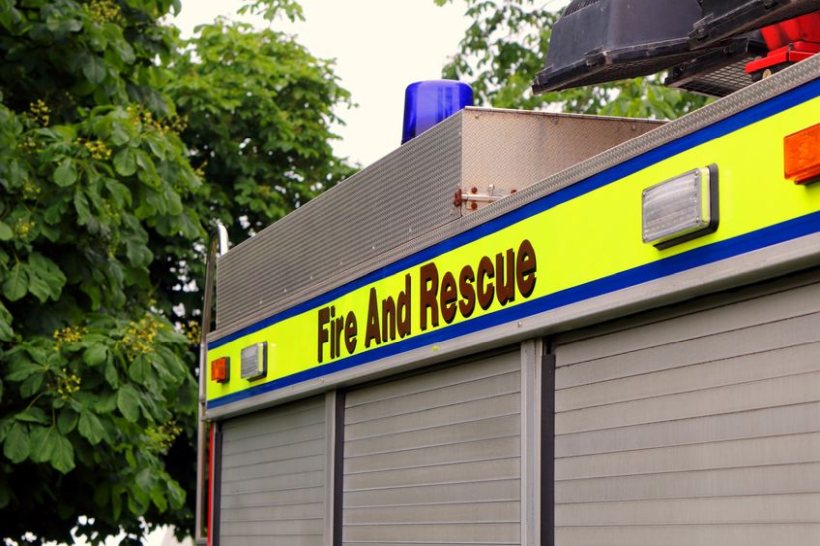 Around 2,000 pigs have been killed following an 'accidental' barn fire in Co Down, leaving the farmer 'devastated'.

Firefighters said they worked in 'difficult conditions' to prevent the fire spreading to adjacent buildings.

Farm owner Trevor Shields said losses were 'quite substantial' as it was 'one of the top breeding farms in Europe'.

"There's bloodlines that have just been wiped away," Mr Shields told BBC News.

Northern Ireland Fire & Rescue Service said in a statement: "Four fire appliances attended the incident, along with the Animal Rescue Team, a Command Support Unit and a Water Tanker.

"It is believed that approximately 1500 – 2000 pigs have perished as result of the blaze. One male casualty suffered minor burns during the incident.

"The fire was brought under control by 11:50 pm and the cause of the fire is believed to be accidental ignition."

Assistant Group Commander Martin Healy added that the incident was a 'very difficult scene to witness'.

"We had to try to protect the other sheds as there's a lot of other pigs housed in them and thankfully we were able to stop the fire spreading to those sheds.

"We spoke with the farm owner and obviously our sympathies go out to him and all his staff on the devastating loss and he said himself he was devastated for the loss that he did suffer."

Northern Ireland's Agriculture Minister Edwin Poots, speaking in the assembly yesterday, described the fire as 'an absolutely awful thing to have happened'.

"I would hope that they will be able to ensure that in terms of animal welfare and all of that there, they can give qualitative advice and support to the individual," he said.