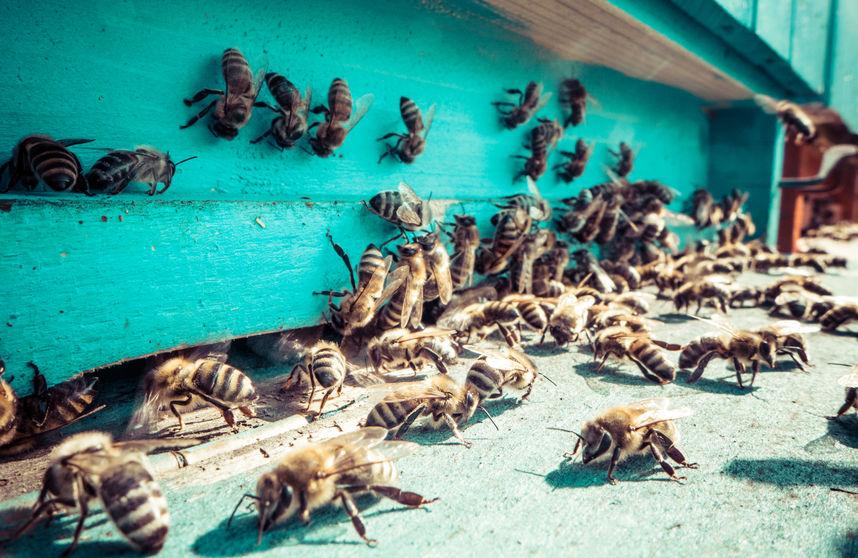 Forty hives, or one million bees, have been stolen from a farmer's field in Oxfordshire (Stock photo)

One million bees have been stolen from a farmer's field in Oxfordshire, with the owners saying it is the "biggest theft" they have ever heard of.

Brackley-run business Beekeeper Honey said 40 of its hives have been stolen from a farmer's field off the A4421 between Fringford and Bicester..

The Manton family told The Oxford Mail that each hive is thought to hold 25,000 bees each, adding up to about one million bees.

They said it is the "biggest theft" of bees that the family have heard of".

Lara Manton told the newspaper: "If you have the capability of moving 40 hives, each weighing 20 kg, it is quite an operation. It is shocking."

She said moving the hives, weighing 20kg each, would have required "some skill."

Thames Valley Police tweeted: "We are currently investigating the theft of 40 colonies of Bees.

Farmers and rural businesses across the UK are increasingly concerned about incidences of criminal activity in the countryside, including theft, fly-tipping, sheep worrying, trespass, poaching, arson, vandalism and fraud.

National Farmers' Union (NFU) chief land management adviser Sam Durham has previously said: "The bill for rural crime in the UK is around £40 million and many NFU members are experiencing fear, intimidation and threats of violence."