'Billions' of non-UK battery eggs could flood market after Brexit 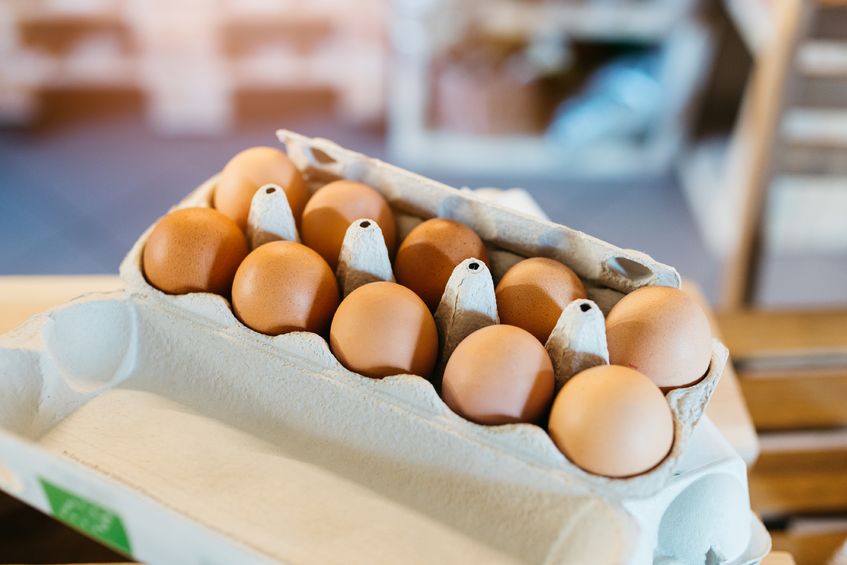 A 'no deal' Brexit risks putting 'billions' of battery eggs back on the shelves unless the government acts to protect consumers, the egg industry has warned.

Despite assurances across a number of agricultural sectors, the government has so far refused to confirm tariffs will be put in place on foreign eggs and egg products.

The industry fears this could potentially open the floodgates for the import of eggs produced in barren battery cages that were banned in the UK in 2012.

The British Egg Industry Council (BEIC) and Compassion in World Farming (CIWF) have warned that billions of eggs from battery cages could be back on the menu for consumers.

BEIC Chairman, Andrew Joret said it would be a 'national disgrace' if the government were to remove tariffs to allow eggs into the UK which do not meet high standards.

“It is 7 years since we banned barren battery cages in the UK and consumers would justifiably feel betrayed if this were to happen,” he said.

He added: “The BEIC keeps a global list of issues associated with eggs from other countries and we’ve almost lost count of the number we’ve seen which could put consumer safety at risk – everything from salmonella to Fipronil. We also need to ensure UK consumers are protected from this.”

While the government has pledged to provide robust protection for beef, poultry, dairy and pig meat in order to safeguard the British farming industry, it risks dealing a devastating blow to not only the egg industry, but also to consumers by refusing to confirm that protection would also be given on eggs and egg products.

Both organisations say that because of this, eggs produced from hens housed in barren battery cages must not be allowed into the UK.

The BEIC is seeking assurances from the government to stop consumers being exposed to eggs and egg products from non-EU countries, including the USA, Ukraine, India and Argentina, where animal welfare standards are significantly lower.

“Removing tariffs and giving the green light to foreign eggs and egg products, produced in countries where there is no national legislation for laying hen welfare standards, and that are quite rightly outlawed here is an insult to British consumers and simply can’t be allowed to happen,” he said.

“There is a very real risk that we will end up importing eggs from countries where hens have less than 400cm2 of space each – which is far less than when we banned battery cages in 2012.”

Mr Joret said: “The government cannot let our consumers and farmers down in this way and needs to act now to ensure that we maintain the standards that consumers expect in the UK.”