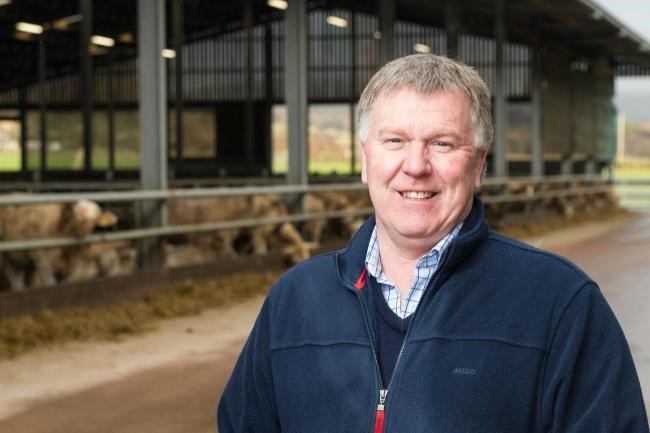 The Suckler Beef Climate Group has published its 'blueprint' on how the Scottish beef sector can reduce its climate change impact while becoming more resilient.

Whilst the report acknowledges the importance of the beef sector to the Scottish economy, it does not shy away from the challenge of addressing its impact on the climate and the environment.

The group, made up of farmers across Scotland, was set up by the Scottish government and is chaired by former NFU Scotland president Jim Walker.

It recommends that a scheme is established by the Scottish government to focus on mitigating these impacts and enhancing any beneficial contributions whilst improving the performance of the beef sector.

The group proposes the scheme’s framework sets out a range of actions that farmers can take, as well as the way in which such a scheme could be quickly implemented.

For the first time the group has been able to access detailed performance data from all Scottish cattle herds between 2013 and 2019.

This has allowed for a model to be developed to identify, not only the baseline emissions and performance data of beef farms, but it has also allowed the group to focus on mitigation measures that address the sector’s greatest sources of emissions.

In turn, this has enabled the group to develop a range of management practice and action recommendations, and to identify potential capital investment that would lead to real measurable benefits to help Scotland meet its net zero commitment.

The group concludes that through targeted improvements in cattle and farmland management, significant reductions in emissions can be achieved in the short and long term without compromising Scotland’s food security.

Through the recommended scheme, participating businesses would be able to choose from a suite of management options covering production efficiency improvements via cattle breeding, cattle monitoring and performance recording, cattle feeding and cattle health.

These management options build on scientific research and case studies and incorporate best practice that has shown to deliver real outcomes.

Crucially, the group’s proposed scheme has been designed for the participation of suckler beef farmers, which is hoped to encourage participation across the sector.

Group chair Jim Walker said: “It is a fact that domestic food production will inevitably contribute towards a nation’s total emissions, and Scotland is no different in that regard to any other country on the planet.

"But shifting these emissions abroad, simply by cutting domestic food production in order to meet certain emissions’ reductions commitments does not resolve the issue itself, it merely exports the problem elsewhere and, as such, will not achieve a reduction in global net emissions.

"However, the conclusion should not be drawn that Scottish beef farmers cannot improve; they can."

The Suckler Beef Climate Group received numerous responses and presentations to its call for evidence to support its blueprint.