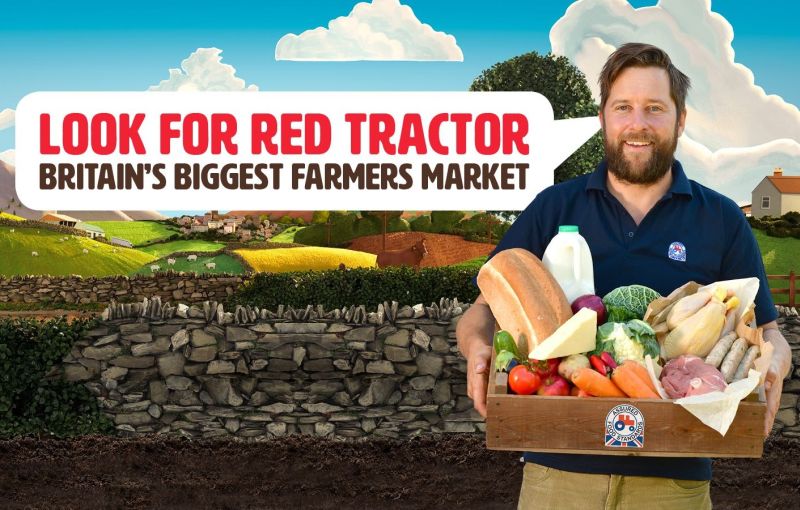 A new £1m campaign has been launched to promote British food which has been produced to Red Tractor standards.

The campaign is designed to encourage consumers to buy local or British produce by looking out for the Red Tractor logo.

By doing so, the public can help provide support and security for British farmers and food producers, it says.

Red Tractor, the UK’s largest food standards scheme, has over 46,000 farmer members, and the food and drink using the logo is valued at more than £14 billion.

CEO of Red Tractor Jim Moseley said: “We believe passionately that everyone should be able to buy quality food they can trust, whatever their budget.

“Red Tractor wants to support hard-pressed, time-poor Brits to feel confident and good about their choices when shopping and eating out.

“Looking for Red Tractor is an easy way for people to buy food which is so much more than being British.

“It signifies that the food has been checked every step of the way from farm to pack, has been produced safely, responsibly sourced and carefully farmed.”

The campaign, to be supported by major retailers and food brands, will kick off with the relaunch of its first ever major TV ad.