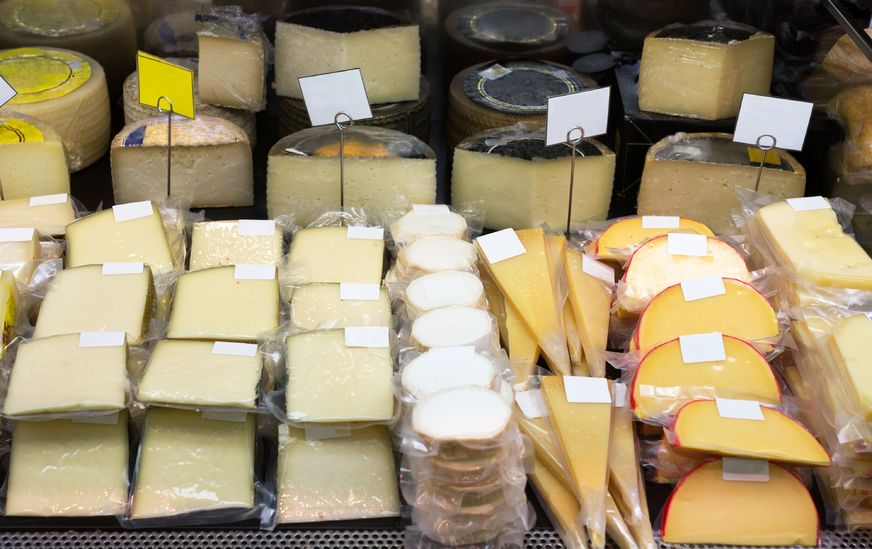 Non-tariff barriers to trade and restricted access to labour after Brexit could leave Brits facing a "dairy dilemma", with choice of butter and cheese becoming restricted.

The London School of Economics (LSE) research, commissioned by dairy cooperative Arla, also found that speciality cheeses could become scarce after Brexit, with increased costs whatever the outcome of the exit negotiations.

The findings follow's the release of the government’s White Paper on the UK’s future relationship with the EU, which sets out proposals to ease trade between UK and Europe.

But this is still to be agreed with the EU, and as identified in the report, any friction on access to key skills will mean that UK consumers pay the price through less choice, higher prices, and potentially lower food standards.

Arla says the UK dairy industry may have to ramp-up production and cut farm costs, which could, in the short-term, undermine standards.

This is in addition to impacts throughout the supply chain, problems that could be exacerbated by a shortage of vets, lorry drivers and farm workers post-Brexit.

The cooperative, owned by around 11,000 farmers across Europe, has previously stated that a hard Brexit without a trade deal could have a "disastrous impact" on the UK's dairy industry and its consumers.

The report states that even with an agreement over trade and a ‘softer’ departure from the European Union, major issues remain that could pose a dilemma for the dairy industry.

Setting the context for the LSE report, the UK has the second largest dairy trade deficit in the world at up to 16 per cent, with 98 per cent of the UK's dairy imports of EU origin.

This heavy reliance on EU imports, according to the research, means that any problems at the border post-Brexit and shortages of labour in key areas are likely to have a major impact on the domestic market in the form of shortages of products and significantly higher prices.

Ash Amirahmadi, Managing Director of Arla Foods UK said the UK's dependence on imported dairy products means that disruption to the supply chain will have a "big impact".

“Most likely we would see shortages of products and a sharp rise in prices, turning every day staples, like butter, yoghurts, cheese and infant formula, into occasional luxuries. Speciality cheeses, where there are currently limited options for production, may become very scarce,” Mr Amirahmadi said.

“It is important to be clear about this: Brexit might bring opportunities to expand the UK industry in the long term, but in the short and medium term we cannot just switch milk production on and off. Increasing the UK’s milk pool and building the infrastructure for us to be self-sufficient in dairy will take years.”

Arla is calling for negotiations to allow the UK and EU to have a frictionless customs arrangements and ready access to key labour.