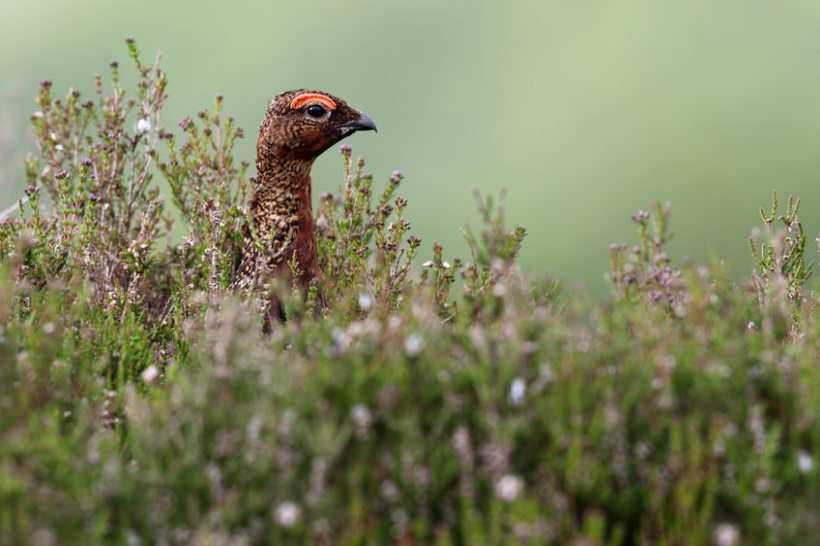 Campaigners have slammed the Scottish government for dealing a 'damaging blow' to rural communities after unveiling a licensing scheme for grouse shooting businesses.

A license will be needed to operate under new proposals to tackle raptor persecution, the Scottish government said as part of a range of new measures.

Minister for Rural Affairs Mairi Gougeon said birds of prey were 'killed or disappeared in suspicious circumstances' on or around grouse moors.

Muirburn will also only be permitted under licence, in order to protect wildlife and habitats, regardless of the time of year it is undertaken and whether or not it is for grouse moor management or improving grazing.

There will also be a statutory ban on burning on peatland, except under licence for strictly limited purposes, such as approved habitat restoration projects.

The measures are set out in response to the recommendations of the Grouse Moor Management Group, an independent group tasked by the Scottish government with assessing the environmental impact of grouse moor management.

Gamekeeper and shooting groups, including the British Association for Shooting and Conservation and the Scottish Countryside Alliance, said they were 'dismayed' with the plans.

"People involved in grouse shooting have already embraced a huge amount of legislation, regulation and guidance to make sure the highest standards are met," a joint statement said.

“Instead, the Scottish government has paved the way for a very uncertain future for many rural people by announcing that it intends to introduce a licensing scheme for grouse moors."

The groups said the measure 'interfered with legitimate business activities', and that it 'threatened to engulf the sector in a blizzard of red tape that is unprecedented and out of all proportion'.

The statement said: “Work has already been done to improve Muirburn practices with more to come and we need to understand urgently what the Scottish government envisages in terms of even further controls.

“We are not reassured that moor managers have ‘nothing to fear’. The Minister has herself described the potential withdrawal of a licence as a ‘serious sanction’ – there are real fears this could impact perfectly law-abiding shooting businesses."

But Ms Gougeon said she believed the changes announced 'struck the right balance', and were not designed to bring an end to grouse shooting.

"Indeed those businesses which comply with the law should have no problems at all with licensing," the Minister added.

"But, crucially, where there is clear evidence that this is not happening, where agreed standards are not being adhered to or there is evidence of illegal raptor persecution, there will be a range of effective and transparent mechanisms in place to allow us to address such behaviour."