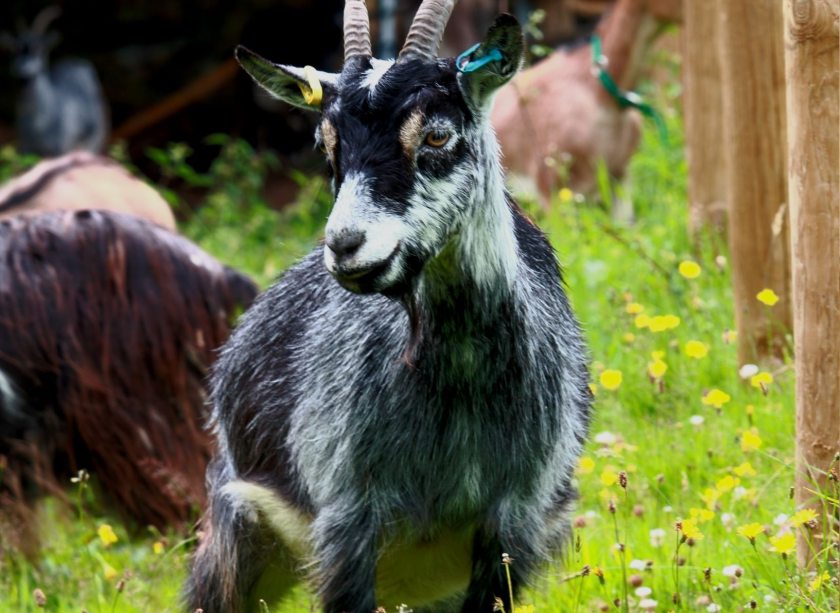 The Old English Goat has been labelled 'critical' by campaigners who are working to save this 'desperately rare' historic native breed from disappearing.

With an estimated population of just 74 living adult females left, the breed will be placed into the Rare Breeds Survival Trust's (RBST) 'critical' category.

The only other native breed of goat in the UK labelled critical is the separate English Goat breed.

The Old English Goat is often called the 'original smallholder’s goat' because it was popular with smallholders in the 19th century.

Small and shaggy, these hardy goats provided ample and regular milk for the household for little cost.

Published each spring, the RBST Watchlist is the conservation charity’s annual report on the UK’s rarest native breeds of livestock, showing which ones are the most endangered and whether their numbers are increasing or falling.

Only breeds which demonstrate certain criteria are included to ensure that animals bred today are genuinely an historic breed that is native to the UK.

The Old English Goat Society and RBST have worked together to make sure that these criteria are demonstrated for the Old English, and the breed will be included in the Watchlist for the first time in 2021.

RBST Chief Executive Christopher Price said: “These animals have played such an important role in our rural heritage but now they are desperately rare and urgent action is needed.

"The breed has been kept going thanks to the dedication of a small number of breeders and I’m looking forward to working with the Old English Goat Society to secure the breed’s future.”

Old English Goat Society described the breed as hardy and low input, which should be an attractive option for smallholders with an interest in self-sufficiency, traditional farming or regenerative agriculture.

The society's registrar, Adam Short said: “For centuries they were kept by households across the UK to provide for the family thanks to their fantastic ability to convert native flora to milk for next to no cost."

The addition of the Old English Goat to the Watchlist means that the breed will now benefit from a further level of support from RBST.