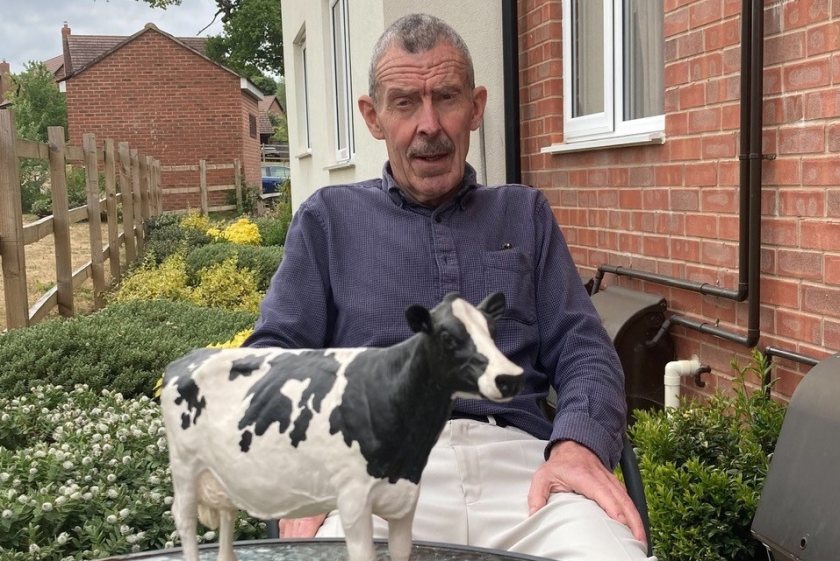 The charity's prestigious award recognises the service of a farmer, herdsman or any other person involved with breed for at least 20 years
Sign in to add your own press release SIGN IN Register

Richard Beard, described as an 'encyclopaedia of cattle breeding', has been announced the winner of Holstein UK's Lifetime of Achievement Award for his dedication to the Holstein Friesian breed.

The charity's prestigious award recognises the service of a farmer, herdsman or any other person involved with breed for at least 20 years.

It is seen as the ultimate accolade for an individual who has provided outstanding service to the breed and made a remarkable contribution to the Holstein UK society.

Now retired, Richard worked for Holstein UK for four decades. His interest in British Friesians was ignited as a school boy, and led him to study at Askham Bryan College to complete a National Certificate in Agriculture.

He learnt about Canadian Holstein imports while working with the Sharcombe herd which resulting in him emigrating to Canada at the age of 21, he also went on to live and work in the US.

Whilst abroad, Richard wrote letters to the Holstein World magazine which were later published before the editor invited him to write a regular column.

Richard wrote the page for over 10 years before it morphed into A Letter From Great Britain when he relocated back to the UK.

Articles for many other publications were to follow and one of Richard’s favourites was Cremona: Where Stradivarius meets Starbuck, about the appearance of Starbuck daughters at the European Holstein Show, which was published in the Farmers Weekly in the mid 80s.

In 1978, the British Holstein Society Fieldman role became available and he convinced then Chairman, John Lloyd, that his roving days were over.

The BHS was a relatively small society at that stage and so he knew and visited almost every imported animal and their new owners.

After 14 years, Richard left the BHS and travelled to New Zealand where he spent a year working for World Wide Sires.

The two societies merging in 1999 resulted in Richard becoming a Fieldman again, doing grade-ups and finding new members at sales, for the newly formed Holstein UK and Ireland (HUKI).

This became the Field Officer role at Holstein UK that Richard continued to do until April this year.

Edward Griffiths, of the Yorkshire Holstein Club who nominated Richard, said he was "undoubtedly an encyclopaedia of cattle breeding.”

"He has devoted his whole working life to working with, researching and promoting Holstein cows worldwide," Mr Griffiths added.

Michael Smale, chairman of Holstein UK said: “My sincere congratulations go out to Richard Beard on this fantastic achievement.

"He has spent many years dedicating his time to the society and contributed greatly to the breed as a whole.

"He has a passion for the breed, a deep understanding, and an outstanding dedication to it.”