'End of a nightmare': Case dropped against '£1-a-year' farmer 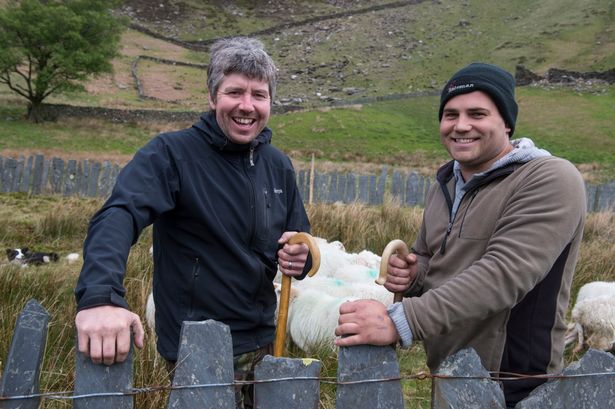 A council prosecution against a farmer who beat thousands of other hopefuls to take over a farm for just £1 a year has dramatically collapsed.

As he left court on Friday 7 June, Daniel Jones, a fourth-generation farmer from Anglesey, said: “It’s the end of a nightmare. It was a dream come true turned into a nightmare.”

He made international headlines in 2016 when he was named new shepherd for the 124-acre Parc Farm in Great Orme, North Wales.

The search for a farmer for the £1m National Trust owned farm sparked international interest, taking calls from potential applicants at a rate of over 100 an hour for days.

But it was Mr Jones who picked up the keys to the farm, where he vowed to take on a nature-first approach to farming in a place which is home to rare habitats and species.

However, it was alleged that Conwy Council discovered issues with some aspects of how the farm was managed following a complaint from a member of public about dead sheep on the land.

Nine of these charges were dropped last month during a pre-trial hearing on 21 May.

During a four-day trial at Llandudno Magistrates Court which ended on Friday 7 June, prosecuting barrister John Wyn Williams said “it wouldn't be in the public interest” to pursue the case.

The court heard from Mr Jones how he had to battle severe weather since taking over the farm.

He said: “Winter 2016 was my first winter there. It was a very mild winter - 2017 was completely different.

“There were a lot of storms during January [2018]. Seven named storms passed through the Great Orme.”

Mr Jones said the farm 'gets a battering from the weather': “The wind and rain can be pretty bad. It can be dangerous at times,” he said.

“It's very challenging because of the cliffs. I had to employ climbers to save [sheep]. I have had sheep fall in the sea.”

His solicitor, David Kirwan, said the 'person who’s suffered the most here is Daniel Jones'.

“I am very, very disappointed with the attitude of the council. There has been no apology. They nearly ruined a very honest and well respected man,” he said.

The 41-year-old farmer has now issued a thank you to the farming community who supported him through his 17-month 'nightmare'.

Mr Jones said: “The emails, texts and phone calls I received from people who didn’t even know me were such a great support to me and really made me feel that I wasn’t alone during what has been the most terrifying year-and-a-half of my life.

“I haven’t slept properly in 17 months, as the situation has been on my mind 24/7. I was terrified I’d lose absolutely everything I’ve been working towards since leaving school.”

He added: “The lowest point was probably when the letter from the prosecution arrived, with 20 charges on it.

“I looked at the charges and worked out the maximum sentence I could be given for each, and realised I was potentially looking at years in prison, and the very real fear that I wouldn’t see my eleven-year-old son growing up into a man.

“Hearing from people who believed in me meant the world and I can’t thank them enough.”