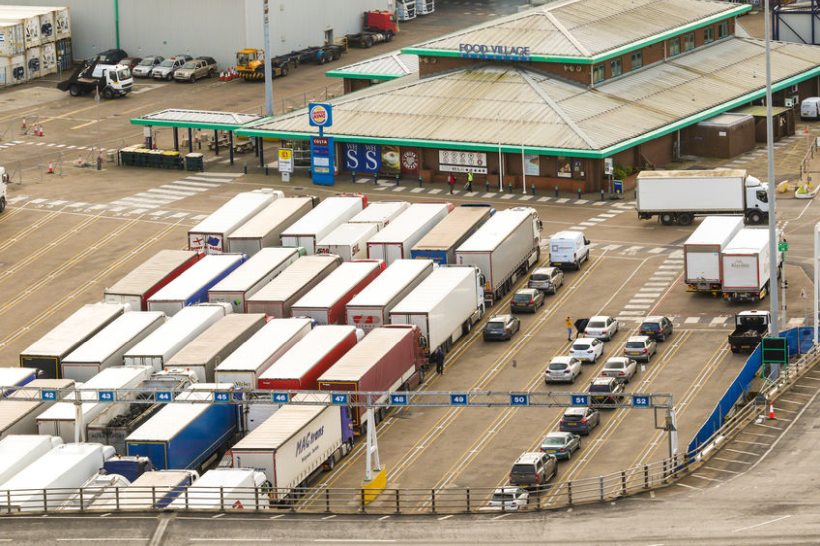 UK meat processors have warned they are experiencing major issues in exporting their products to the EU, bringing parts of the industry to a 'complete standstill'.

Pig processors have reported that excessive bureaucracy associated with new paperwork requirements are causing delays at Dover, Calais and other ports.

With pork being a perishable product, these delays are making UK shipments unattractive to buyers in the EU, forcing processors to reject shipments and cancel future orders.

Despite the UK-EU trade deal, departure from the EU Customs Union and Single Market was always going to mean additional checks, new labelling and certification requirements and delays at ports.

While the full overall impact of the new rules is yet to be felt, as UK export volumes remain lower than normal for the time of year, the UK pig sector is already feeling the effect.

Processors have reported a number of issues, including officials at ports in the UK, France, Ireland and the Netherlands taking a far more stringent approach to assessing paperwork.

According to the National Pig Association (NPA), one load was caught at Calais for 20 hours undergoing vet checks and then rejected upon finally reaching its destination in Germany because of the delay.

Additional paperwork is causing major delays for processors – one processor told the industry body that it took nine hours to prepare the paperwork for one shipment to the EU last week.

Another processor reported that when sending product to the Netherlands, each Export Health Certificate (EHC) needed 12 stamps for the English, Dutch and French versions required in duplicate.

Therefore, for a 15 tonne load, the vet had to stamp paperwork 72 times. There is no electronic option at present – all EHCs have to be in hard copy.

“We are seeing a bureaucracy overload and it is already having a big impact on the pig sector,” NPA chief executive Zoe Davies said.

“This is partly an inevitable consequence of Brexit – we always knew it would mean more red tape, checks and delays. But there is a political element, too. Why are 30% of all UK consignments to the EU are being checked?

"This is far more than many other Third Country exporters to the EU - for New Zealand, for example, the figure is 1%.”

Dr Davies explained that the delays were forcing processors to cancel some shipments, with the cull sow trade particularly badly hit.

Processors are currently wary of sending shipments out in case they are rejected due to deterioration of product following severe delays.

“The concern is that the situation is only going to get worse as export volumes increase over the coming weeks, putting more pressure on a system that is already buckling,” Dr Davies added.

“For the pig sector, this comes on top of an already very difficult situation with processing plants hit by Covid-19 outbreaks and therefore unable to process pigs at the usual rate, meaning pigs are already staying on farms longer than they otherwise would.”

In the first 10 months of 2020, the UK exported more than 180,000 tonnes of pork to the EU, a vitally important trade for the sector accounting for 44% of UK pork exports.

“If this trade grinds to a standstill, on top of the COVID issues, we are going to see some serious problems across the sector,” Dr Davies said.

“The government does not appear to think there is a problem. The clear message we are receiving from our processors is that there is – and we want to see some concerted action and political will to speed the processes up on both sides, with greater priority given to perishable products, such as pork.”

While UK products going to the EU are subject to additional checks, the same rules won’t be applied to products coming the other way for some time, as the UK is phasing in its checks.

“While this delay is convenient for a government that wants to ensure there are no empty shelves in supermarkets, UK producers are being placed at a huge disadvantage and we have absolutely no leverage to convince the EU to change their position.

“The government needs to accept we have a situation here that needs to be resolved, and quickly,” Dr Davies added.

Elsewhere, the UK game sector has also experienced problems with exporting their products to the continent.

The British Game Alliance (BGA) has heard from processors that the paperwork now required for the export of game to Europe is being rejected at different stages in the export process, both in the UK and in Europe.

The body has been in touch with Defra throughout the Covid crisis and Brexit preparations, and was able to convene an urgent meeting at short notice to discuss the situation.

Defra have committed to review the paperwork and identify where the problems are occurring, whilst the BGA committed to source information about why paperwork is being rejected.

British Game Alliance CEO Liam Stokes said: "The export of British game into Europe is a key part of the game meat market, and there is clearly an issue.

"We now need everyone who has been experiencing problems to send us all the detail they can so we can work with our Defra partners to get this sorted.

"We are very grateful to Defra for their rapid response and their enthusiasm to help find a solution."