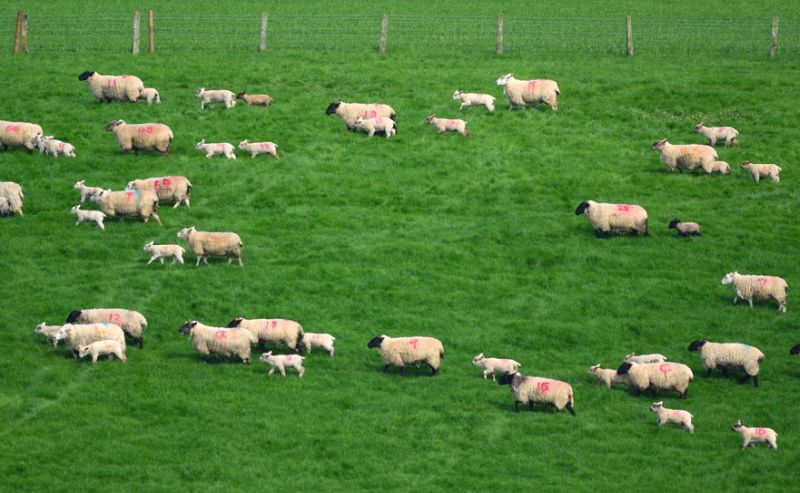 The 'Grass to Gas' project aims to improve the animals’ feeding efficiency and cut down on methane emissions.

The goal is to develop new breeding solutions for the farming industry by finding ways to identify animals with lower environmental impact.

Led by researchers from Scotland’s Rural College (SRUC), the first phase of the three-year project will run until September 2022.

It will test different technologies, such as sensors, imaging techniques, electronic feeders and faecal markers, for their ability to accurately predict feed intake and methane emissions.

Using technologies identified in the first phase, experimental work will then investigate the relationships between feed efficiency and emissions from sheep housed both indoors and at pasture.

Genetic control of methane emissions and feed efficiency will also be investigated in the project, by assessing the differences due to breed, sire, genetic line or breeding values.

The research will use lambs bred from sires sourced from the Texel Sheep Society’s Texelplus programme, to investigate the effects of sire and breeding values on these measurements.

The data will be analysed to quantify the economic and environmental benefits of improvements in feed efficiency and reduced greenhouse gas emissions.

Dr Nicola Lambe, a sheep geneticist at SRUC, said: “The reduction in greenhouse gas emissions is a global issue requiring a trans-national and trans-disciplinary approach.

“The project aims to produce tools to measure, or accurately predict, feed efficiency and methane emissions from both individual animals and sheep systems.”

She said it will provide the farming industry with the means to breed, feed and manage sheep with reduced environmental impact as part of genetic improvement initiatives.

“It will also contribute towards addressing the argument about the effect of eating meat on global warming, with sheep making use of land often unsuitable for other agricultural production, except conifers – at least in the UK,” Dr Lambe said.

The government has awarded £250,000 toward the project.