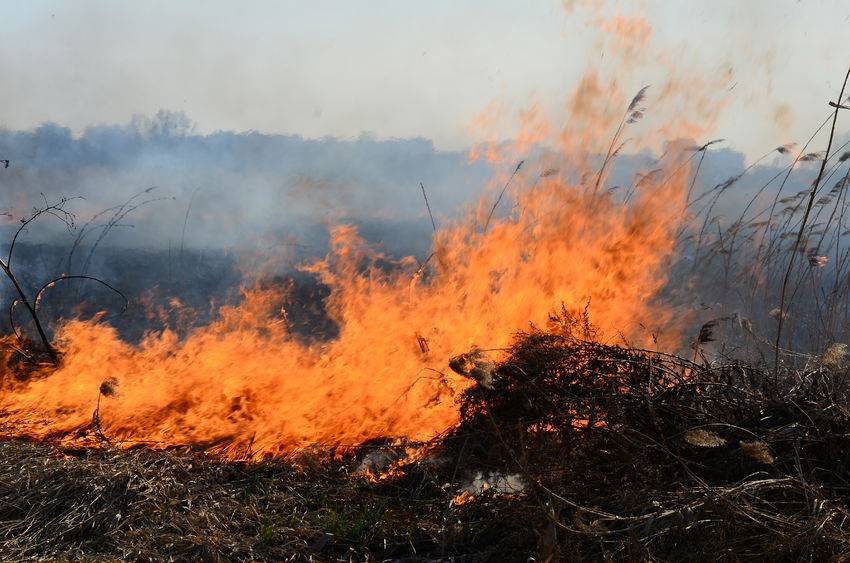 A sharp rise in farm fires has prompted a rural insurer to call for farmers to check their fire prevention and evacuation procedures.

NFU Mutual’s claims statistics reveal that the cost of farm fire claims rose by an alarming 26% to £44m in 2016.

Farmers across the UK are seeing a rise in deliberate acts of fire starting on their land. On Saturday (4 November), police are investigating into the possibility of arson at a Staffordshire farm after 300 tonnes of wood chip were set alight.

Firefighters battled a huge fire on a Scottish farm where more than 700 hay bales were caught alight in October, and in September, hundreds of tonnes of straw were set on fire at a farm in Cambridgeshire.

A blaze that torched more than £150,000 worth of straw in a suspected arson attack in Nottinghamshire was described as one of the largest ever in the UK.

The statistics reveal that the East of England was the worst affected region in 2016, followed by the South East, Midlands and South West of England.

"Farm fires are one of the greatest hazards to the lives of farmers, workers and livestock,” said Tim Price, NFU Mutual Rural Affairs Specialist.

“As the UK’s leading farm insurer we know that people in the countryside are concerned by longer fire service response times in very rural locations*.

“This makes it more important than ever for farmers and country people to maintain their buildings and equipment to reduce the risk of a fire breaking out – and have evacuation and fire-fighting plans prepared and shared with family members and staff.

“The first priority if a fire breaks out is to ensure people and livestock are safe. However, with training and the right sort of fire extinguishers in place it is often possible for farmers to tackle a small fire and prevent it turning into a major blaze without putting themselves at risk.”

Government statistics for England report that fire and rescue service incident response times in significantly rural areas increased by 48 seconds to nine minutes and 45 seconds from 2010/2011 to 2015/2016.

This compares with a response time of seven minutes and 46 seconds in urban areas.

• If possible, send someone to the farm entrance to direct the Fire and Rescue Service to the fire to help save time.