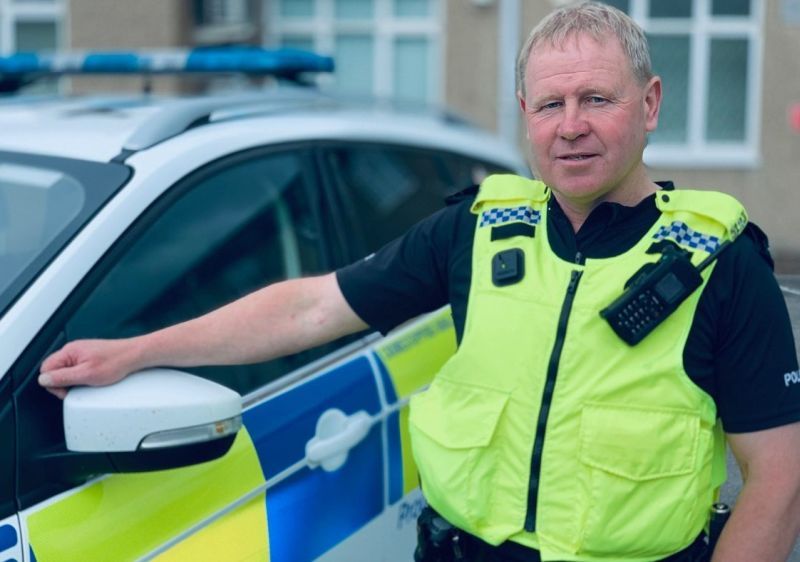 Special Constable Michael Scott, who spends most of his time farming, helped save dozens of livestock (Photo: Northumbria Police)

A farmer who volunteers for the police has been hailed a 'community hero' after he saved over sixty livestock trapped in an overturned lorry.

Special Constable Michael Scott was on duty in rural Northumberland following a report of an overturned lorry on Monday night (24 August).

He attended the A69 near Haltwhistle and found an HGV carrying livestock had fallen onto its side - trapping 30 lambs, 25 cows and 9 ewes inside.

Mr Scott, who spends most of his days farming, made sure the driver was okay before he turned his attention to the distressed livestock.

He opened the air vents to allow an airflow into the vehicle before physically moving the animals along their pen to prevent them from crushing one another.

Emergency support arrived on scene and vets, assisted by Northumberland Fire and Rescue, were able to safely release the animals and check their welfare.

Michael Scott has volunteered as a Special Constable for 36 years but spends his time looking after livestock, farming land and working on tractors.

He was presented with a Chief Constable’s Commendation last year for his long career at the force that has seen him tackle a raging bull at a country show, deliver calves and locate missing people.

The 59-year-old said he loved volunteering, as jobs like the one he attended this week gave him an opportunity to 'give back to the region he loves'.

“I was first at the scene and I have experience with livestock so I knew the first thing I needed to do was open all the air vents on the lorry," he said. 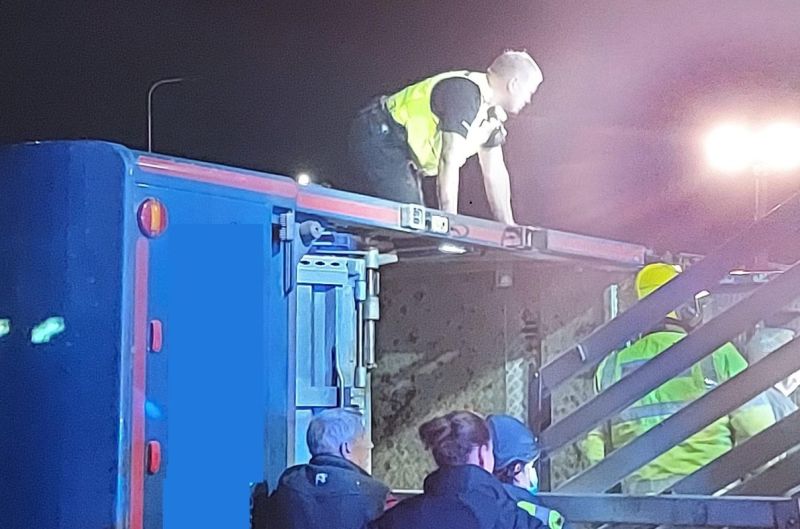 “The sheep were in a big pile and they had just frozen because they were so scared so initially I just tried to get them moving because if they didn’t then some of them would suffocate.

“I used my truncheon to bang the lorry and startle them into moving which seemed to work and then I did the same with the cattle."

He added: “It was a long and lengthy recovery that lasted a few hours but it was a real team effort between ourselves, the Fire Service and the local vets.

“I was filthy at the end of it and I was sat in the bath at about 4.30am trying to clean all of the animal waste out of my hair."

Sadly, three cows could not be saved, but one of the county’s top officers praised Mr Scott for his swift response.

Chief Inspector Neil Hall, of Northumbria Police said the special constable went 'above and beyond' as he saved the livestock until further support could arrive.

“It was on a busy carriageway in the dead of night and so releasing all the animals was not an option but his actions have certainly prevented many more deaths.

“The animals were distressed and Michael helped calm them down and co-ordinate an emergency response that would see them brought to safety.

“He finished his tour of duty covered in mud and smelling of livestock but he did an amazing job and deserves immense credit for going above and beyond."