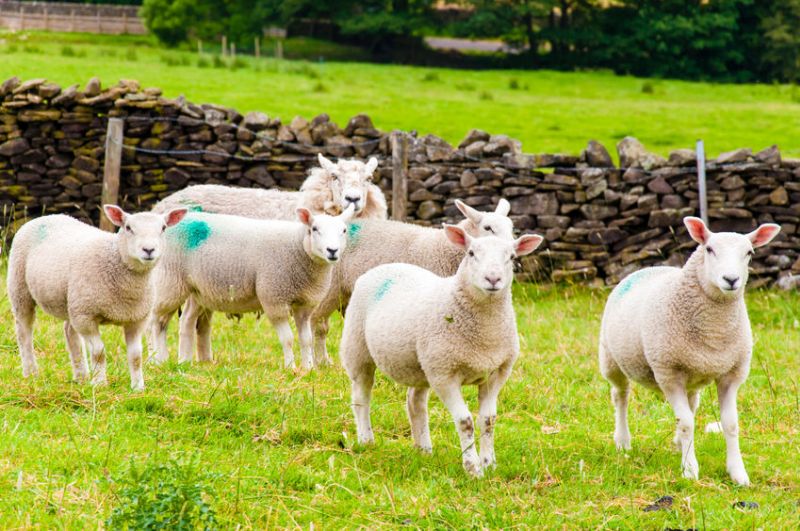 Sheep travelling to the continent could be killed en masse if the UK leaves the EU in the event of a 'no deal' Brexit scenario, it has been reported.

Livestock travelling to the continent mid-transit could be killed if queues at the ports are too severe in the event of leaving the EU with no deal.

In an article written on Wednesday (10 October) for The Times, "sensitive discussions" by some worried Whitehall officials about what to do with livestock if there are days of delays or closures at ports are reportedly under way.

2016 figures show that more than 4,000 sheep are transported to Europe every year for slaughter.

European supply chains are a key part of delivering the goods that UK and EU consumers buy every day. The majority of those goods are ones that need to be transported quickly, particularly fresh fruit and vegetables, and livestock.

One Whitehall source reportedly told The Times: “The thing worrying some in No 10 is the discussion prompted by Clare Moriarty [permanent secretary of the Department for Environment, Food and Rural Affairs] about what to do, and whether we would need to have mass slaughter of such animals en route to slaughterhouses in the EU. It’s the kind of thing they think unlikely but they also know the consequence for failing to plan would be terrible.”

Although this outcome is thought to be unlikely, the Defra Secretary, Michael Gove, is not believed to have seen or endorsed the proposals, though his office is aware of the issue.

The group said there needs to be wider recognition of the "complexity and scale" of the challenge pertaining to future customs controls.

It said there needs to be significant investment required in the UK’s ports, roads and infrastructure to get "systems ready" for Brexit, and a suite of new agreements supplementing customs necessary to side-step additional red tape at ports and docks and prevent delays to goods.