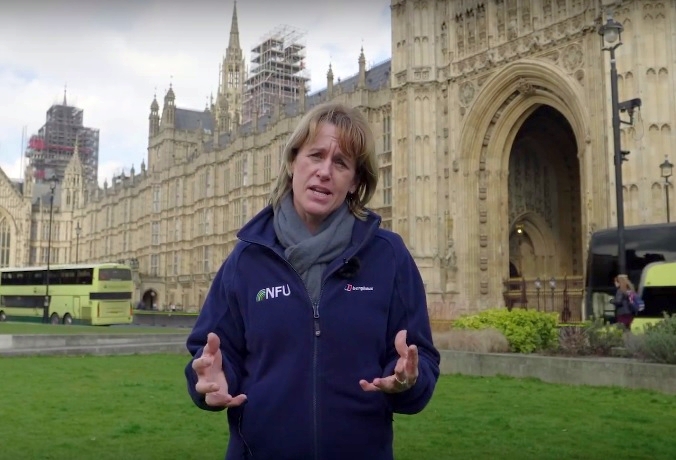 The NFU has described a 'no deal' Brexit as the "Armageddon scenario" for the British farming industry.

NFU president Minette Batters used a speech at the Royal Welsh Show to say how crashing out of the EU without a deal must be avoided.

She told an NFU Cymru seminar on Monday (23 July) that it is an "Armageddon scenario" for the industry.

The farming union has previously warned that a 'no deal' Brexit could bring farms to the "brink of collapse".

The NFU and Greener UK, a group of 13 environmental organisations, say it is hard to envisage a "worse deal than no deal."

First Minister for Wales, Carwyn Jones AM also stressed the importance of UK Brexit negotiations in maintaining full market access to the EU during his speech at the Brexit seminar.

He said that Brexit presented the biggest challenge farming had faced since the end of the war.

Mr Jones used his address to underline his belief that full and unfettered access to EU markets and the Customs Union were of paramount importance if the Welsh agricultural industry is to prosper after March 2019.

Speaking after the ‘Brexit – Where are we now and where are we heading?’ seminar, NFU Cymru President John Davies said: “The key points to come out of today’s Brexit seminar are that access to key markets remains a huge concern for Welsh farmers, not least those in the sheep industry who currently see a third of the Welsh lamb crop go to the EU.

“I cannot stress strongly enough the importance of negotiators securing a deal that allows the industry to prosper post-Brexit.”