'No deal' Brexit: Prepare for changes to imports and exports, farmers told 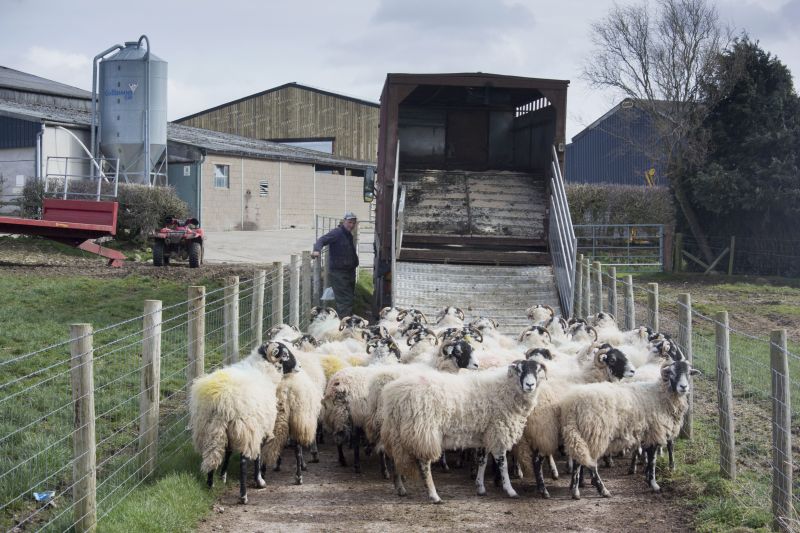 Farmers exporting animals and animal products to the EU will need to apply for an Export Health Certificate before they export (Photo: FLPA/Wayne Hutchinson)

The government has urged farming businesses to prepare for changes to animal imports and exports in the event of a 'no-deal' Brexit.

New guidance has been published by Defra to ensure import and export trade in animals, animal products, food and feed can continue in the event that the UK leaves the EU without a deal.

This guidance aims to help minimise disruption for businesses and allow the continued movement of goods, while helping to maintain the UK's biosecurity, food safety and animal welfare standards.

In the event of a no-deal, to continue to export to the EU the UK will need to be listed as a third country.

Negotiations are currently under way to secure this listing, and the government says it is 'confident' that it will be in place before the UK leaves the EU.

However, it could take months for such a status to be granted to the UK. And despite confidence from the government, the farming industry is overwhelmingly against leaving the EU with no deal.

The lamb industry would be particularly impacted. In 2017, 31% of domestic sheep meat production, the equivalent of 4.5 million sheep, was exported and 94% was destined for the EU.

The NFU is concerned that such a scenario would be 'catastrophic' for food production in Britain and that it would bring farms to the 'brink of collapse'.

According to Defra's new guidance, businesses exporting animals and animal products to the EU will need to apply for an Export Health Certificate (EHC) before they export in the event of a no-deal.

This will make them the same as businesses who export these goods to the rest of the world who already have to apply for EHCs.

They will also need to make sure their trade route passes through a Border Inspection Posts when entering Europe as well as being aware of wider customs requirements, the guidance says.

For those businesses importing to the UK, there will not be any new checks or requirements, but importers will need to notify authorities using a new process.

Businesses will need to use a new system called the Import of Products, Animals, Food and Feed System’ (IPAFFS), which aims to minimise disruption for businesses, allow the continued movement of goods and help to maintain biosecurity and food safety.

Businesses importing animals and animal products from within the EU will need to use a separate interim system until the summer.

Defra's Minister for Food and Animal Welfare, David Rutley said: “Our top priority remains delivering a negotiated deal, but it is the job of a responsible government to ensure we are prepared for all scenarios, including no deal.

“If you or your business export or import animals and animal products or imports high risk food and feed you will need to prepare for a number of changes in the event of a no-deal Brexit.”