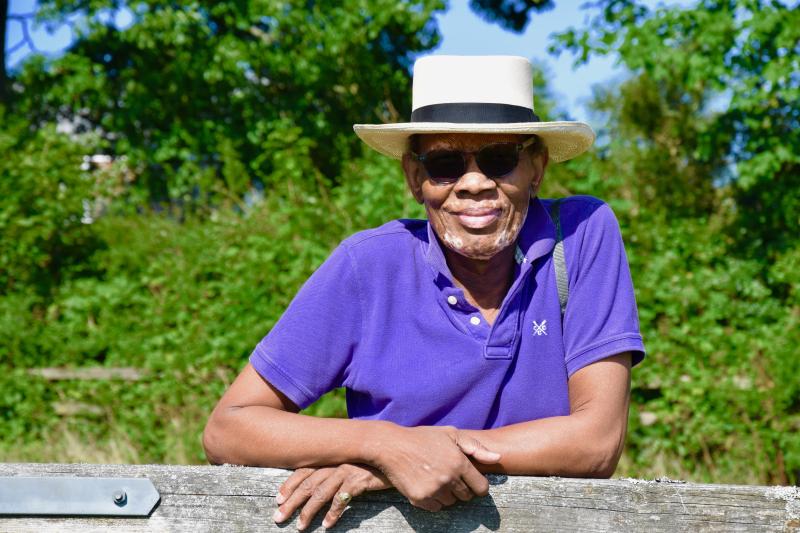 Wilfred Emmanuel-Jones, also known as 'The Black Farmer', is set to encourage other farmers to innovate and diversify

A Jamaican-born farmer who is a self-described 'poor boy done good' is set to inspire rural entrepreneurs in Wales.

Every so often, someone under the radar has a great business idea, follows it through successfully and hits the big time.

This is certainly the case of Wilfred Emmanuel-Jones, also known as 'The Black Farmer'.

Wilfred, one of the UK’s most prominent and successful rural entrepreneurs, is regularly in the headlines.

His success in bringing award-winning produce to leading retailers and customers throughout the UK is well noted.

He came to the UK at the age of four and was raised in Small Heath, inner city Birmingham. He left school without gaining any qualifications.

For a number of years Wilfred worked as a chef, before pursuing a career in the BBC, becoming a producer mainly working on food programmes.

In 2000, he bought a small farm on the Devon and Cornwall border.

After working on the farm for years, he launched The Black Farmer gluten free food brand, whose products are now available in all major multiple retailers.

The Black Farmer’s next project is to inspire rural entrepreneurs in Wales to embrace innovation and diversify.

He will join a host of inspiring speakers including 26 year-old Hannah Jackson – the ‘red shepherdess’ – who recently starred on Channel 4’s gruelling SAS: Who Dares Wins programme.

The event offers a level of targeted business exposure that could help farmers add value to their business and identify ways to increase income.

She said: “Innovation and diversification are rapidly becoming the watchwords of many of the UK’s most progressive farmers and foresters.

“Technology is developing faster than ever before and this is your chance to learn how you can incorporate all these different elements to help you ensure you have a sustainable, profitable business fit for the challenges and opportunities of the future,” said Mrs Williams.

Farming Connect is funded by the Welsh government and the European Agricultural Fund for Rural Development.