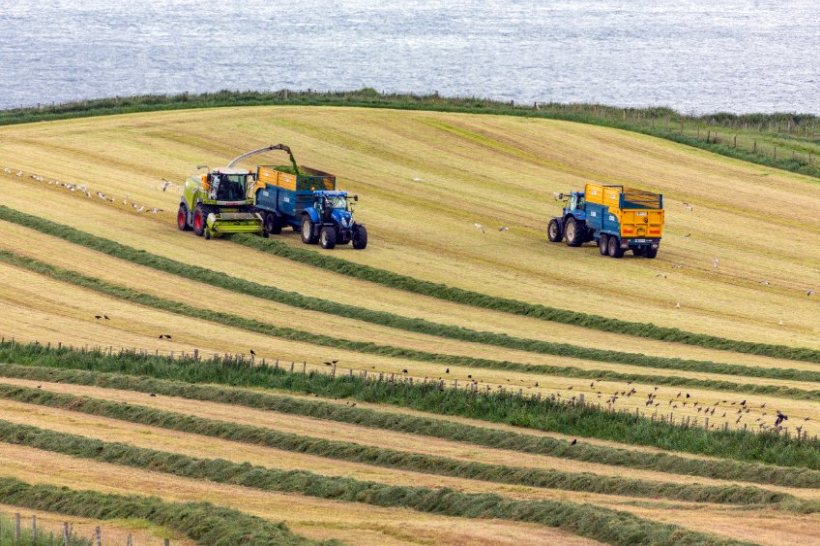 Northern Irish farmers have called for 'pragmatic solutions' to resolve issues surrounding the NI Protocol, as some parts of the agreement have 'created havoc' for the industry.

The Ulster Farmers’ Union (UFU) said the protocol must be "workable for every farming sector", as while certain elements worked, it was creating 'some difficulties' within the UK internal market.

This is due to NI remaining within the EU regulatory zone, while GB is considered a ‘third country’ outside the EU, creating restrictions and checks on agricultural produce, animals and plants moving from GB to NI.

The protocol - agreed by the UK and EU in 2019 - has been a source of tension since it came into force at the beginning of last year.

The UK government now wants to amend the post-Brexit agreement to make it easier for some goods to flow from Britain to NI.

However, the European Union is against the move, as going back to the deal would be a flagrant breach of international law.

The UFU said it wanted to see ongoing negotiations on the NI Protocol "settled with immediate effect to address the series of issues it’s creating".

The union's president, David Brown said: "The UFU represents farmers across all agri sectors in NI and while some parts of the NI Protocol are working for several commodities, it is causing havoc for others.

"Pragmatic solutions need to be found to make the Protocol work for agriculture in its entirety, and as one of NI’s largest and most economically valuable sectors, it’s in government’s best interests to deliver on this immediately.”

The UFU has been raising issues about the NI Protocol for the past 18 months, and to date, the industry has brought forward numerous solutions to the problems.

However, the group said farmers were "promised the best of both worlds, sold on the idea that farmers would have unfettered access to GB and EU markets".

Mr Brown said: "In specific areas we’ve ended up in no man’s land, unable to use products from GB and equally unable to switch to Republic of Ireland inputs as they’re not licensed in the UK."

He added: "The time for playing the blame game has long passed and it’s our primary producers who are paying the price for these issues going unresolved.

"The impact it is having on their farm business is getting completely forgotten. All the political parties recognise there are specific issues for agriculture that need resolved.

"Negotiated solutions are vital for our industry, and it’s about time both sides came together to deliver them,” he said.