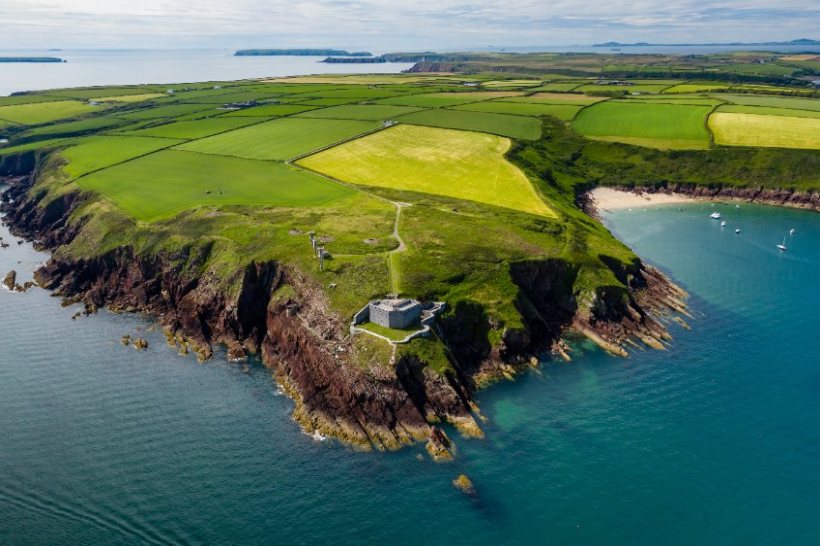 With 80% of land in Wales being farmland, the FUW says the proposal will create both risks and rewards for Welsh farmers

Concerns have been raised on the 'risks and awards' of selling carbon removals from farmland in response to a consultation on developing the UK Emissions Trading Scheme.

The scheme (ETS) limit and reduce emissions from the most energy-intensive sectors, such as aviation and manufacturing, through setting a cap and a price on carbon allowances within a trading market.

Responding to the consultation, the Farmers' Union of Wales (FUW) said the proposal had the potential to create "both risks and rewards" for Welsh farmers, as creating greenhouse gas removal methods required land.

The union said agriculture was a unique industry in its ability to sequester carbon, and that selling carbon into a regulated market such as the ETS could provide significant financial reward.

However, it said enabling GGRs to act as carbon offsets risked "providing a licence to pollute for those sectors that can afford them."

In its response, the FUW raised the implications of large-scale land use change to woodland or bioenergy crops on UK food security and meeting global food security obligations.

"Equivalence in standards will be essential, whether through a carbon border tax on products or through the UK Government standing by its commitment to maintain environmental standards when signing international trade deals."

The FUW stated that a market-led initiative focused entirely on carbon would fail to account for wider land use policies and priorities such as food production, rural economies and biodiversity aspirations.

Furthermore, financing land-based GGR would likely cause land prices to rise and increase the number of investors purchasing land to capitalise on this market, creating "adverse effects" for Wales’ family farms.

The union also expressed concerns relating to the ability of farming to meet net zero if carbon removals generated on Welsh farmland were sold to other sectors.

Whilst the consultation did not propose for agriculture to be incorporated into the ETS alongside energy-intensive industries, other carbon tax mechanisms and obligations will require farmers to demonstrate that their own business has or can reach net zero.

Ms Fielden said: “Farmers are proud of the improvements they are making to their soil organic carbon levels and hedgerows and woodlands planted on farms, and are aware that they may require such GGRs for their own businesses in future.

"The FUW has called on UK and Welsh governments to implement a control mechanism to ensure a balance is struck between the need to decarbonise and ensuring that Wales’ family farms, food security do not suffer as powerful players seek to offset their own emissions."