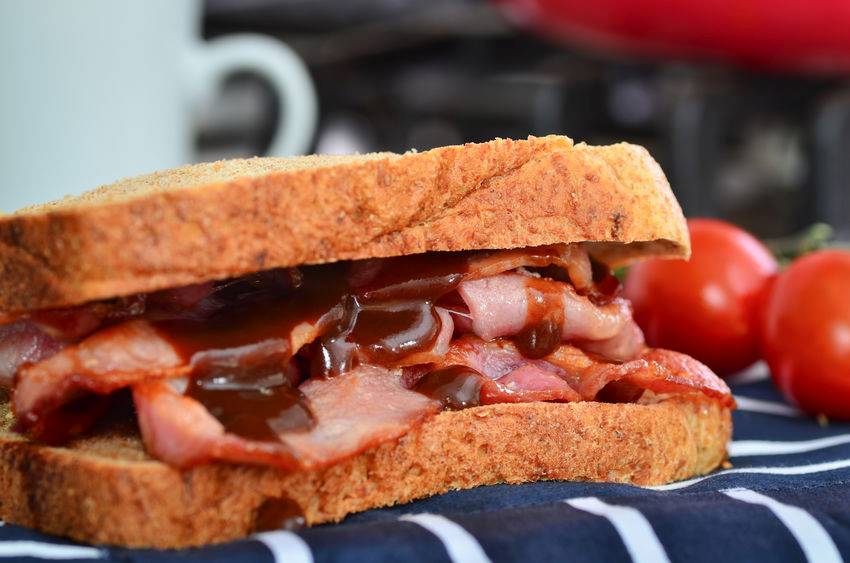 A study which says that eating just one rasher of bacon a day increases the risk of cancer has been criticised for being 'sensationalist'.

Scientists from University of Oxford have shown that people eating around 76g of red and processed meat a day - which is roughly in line with government recommendations - still had a 20% higher chance of developing bowel cancer than those who only ate about 21g a day.

The study, commissioned by Cancer Research UK, found the risk rose 20% with every 25g of processed meat - roughly equivalent to a rasher of bacon or slice of ham - people ate per day.

The risk rose 19% with every 50g of red meat, equivalent to a thick slice of roast beef or the edible bit of a lamb chop.

But a clash in past opinion by other experts on the subject has led some to think that such stories are 'sensationalist' and 'rubbish'.

She added "a range of lifestyle factors have a significant impact on the risk of bowel cancer, most notably age, genetics, lack of dietary fibre, inactivity and high alcohol consumption".

Some social media users also reacted with disdain to the news.

If anyone waves red meat/bowel cancer headlines at you today, just wave figure 1 back at them:https://t.co/oZrGTUKe8N
Not even an association for red meat. I've not seen one yet, which is why I knew to check.https://t.co/E1wqH71NSv

More rubbish about eating red meat and cancer on @BBCBreakfast eating processed crap full of artificial additives is the problem.

Worried about those sensationalist headlines that scream that red #meat gives you cancer? Relax. Common sense can easily straighten the dogmatic disorder... pic.twitter.com/kBhuq3haMf

What is the point of reporting percentage increase in risk without reporting the base rate? https://t.co/vF6eomSQwH

It comes as a leading nutritionist highlighted the positive health benefits of consuming lean red meat, and how it should be more widely-known in order to ensure an informed public debate.

These include helping people to reach optimal intakes of iron and zinc, and acting as a natural source of high-quality protein.

Meanwhile, a panel of meat experts said the British public should not be put off eating red meat following headlines from October 2018 linking eating products such as bacon and ham to breast cancer in women.

The study, published in the International Journal of Cancer, found women who ate high levels of processed meat had a 9% increased risk of the cancer compared with those who ate little of it.

But Prof Robert Pickard, of the Meat Advisory Panel, urged caution on the findings.

“No single foodstuff is responsible for cancer. It is likely to be a collection of factors including lifestyle choices and genetics.”