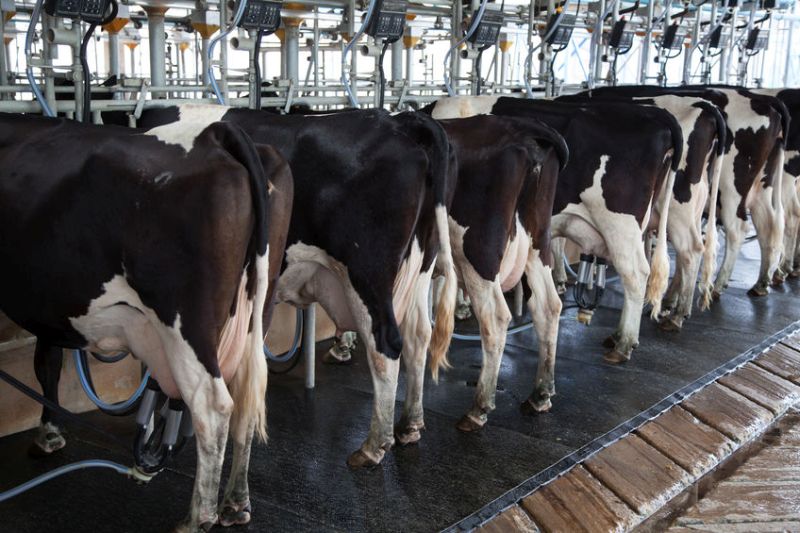 The culling of dairy cows is 'speculation and a result of ongoing Brexit uncertainty', farmers in Northern Ireland say

Farmers 'do not anticipate' claims made recently that 45,000 dairy cows will be culled in Northern Ireland if the UK leaves the EU with no-deal.

The comments were made after the BBC reported that thousands of cattle would be at risk of a cull in a no-deal Brexit scenario.

The Newsnight report said the move could happen in the event of new higher tariffs applied to British milk.

However, the Ulster Farmers' Union (UFU) said such reporting amounted to 'scare tactics' and the figures were 'plucked from the air'.

While the union said a no-deal would be 'catastrophic' for farming in Northern Ireland, it will 'find ways to cope'.

However, farmers in the region still frequently highlight fears of steep export tariffs and a zero percent tariff on agriculture goods coming from the Republic of Ireland.

UFU president Ivor Ferguson said: “We are working hard to find ways to mitigate the potential damage of a no-deal.

“Reciprocal tariffs and deficiency payments to farms businesses, to help address farm gate price collapse, are starting points and at the moment, the most reasonable options.”

But Mr Ferguson added: “At this point in time, we are not even talking about a large cull of animals and we don’t anticipate that we will get to this point

“In the event of a no-deal, the dairy industry will find ways to cope if there is a surplus of milk, although it’s not likely to be straightforward and we would expect disruption.”

Farmers are looking at the possibility of sending extra milk to local processors or to the rest of the UK.

“There will be other options and it is irresponsible to jump straight to culling cows as a solution,” he said.

The UFU said the continued uncertainty around Brexit and the ‘will there or won’t there be a deal’ isn’t helping farmers or their businesses.

“The culling of dairy cows is speculation and a result of ongoing Brexit uncertainty. The UFU has always argued that the UK must leave the EU in an orderly way, which will provide certainty and allow farmers to plan for their businesses accordingly,” said the UFU president.

A spokesperson for Defra said: “We are not planning a cull of animals; rather we are exploring ways to support industry through contingency measures and potential funding streams.”