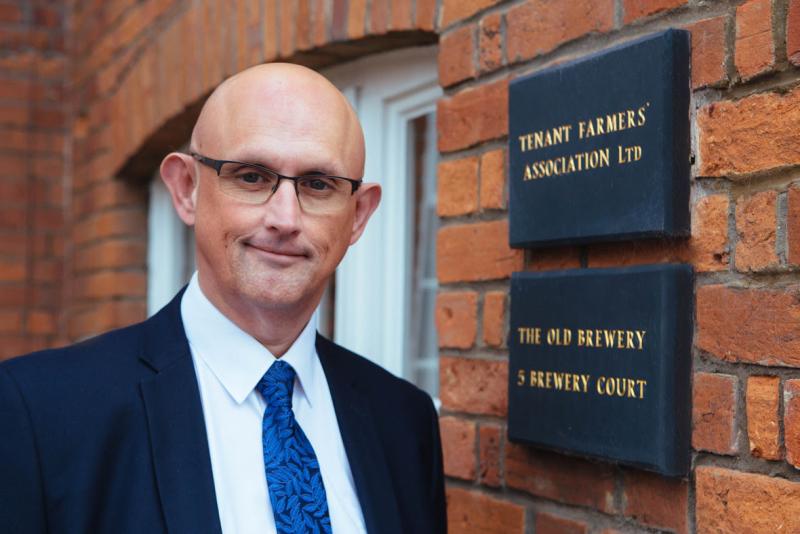 Short-term speculation is ruining the let sector of agriculture, according to the Tenant Farmers' Association chief executive, George Dunn

The tenant sector's uncertainty is being 'compounded' by professional advisers urging their landlord clients not to enter into long-term tenancy agreements.

This is according to the Tenant Farmers' Association (TFA), which warns that the let sector of agriculture is being 'ruined' by 'short-term thinking'.

It comes at a time when the industry faces continued uncertainty with Brexit and the possibility of an imminent general election.

Despite this, the TFA says farmers need a long-term view and short-term tenancy agreements are 'ruining' the ability for farm businesses to plan ahead.

The tenanted sector of agriculture makes up about one third of the agricultural area of England and Wales, and around half that is rented under Farm Business Tenancies (FBTs) governed by the Agricultural Tenancies Act 1995.

Since the introduction of the 1995 Act, average lengths of term have been around the four-year mark, but there is now evidence that lengths of term are getting even shorter.

Eighty-five percent of all new FBTs are let for five years or less, the TFA highlights.

The group's chief executive, George Dunn, says that part of the problem is anticipation about the development of new government policy for agriculture and the rural environment.

“Advisers to the landlord community are speculating about the possibility of their clients been able to capitalise on new policy, particularly environmental land management contracts and potentially lucrative planting grants for forestry and woodland.

“The government should be making it clear that new policies will be targeted at active farmers only.

“It should also be made clear that landowners will be excluded from new schemes, where they have taken land back in hand from tenant farmers purely to take advantage of new schemes,” he said.

The TFA says it would be 'more appropriate' for those advising landlords to help them find 'good tenants' with whom to do long-term deals with.

Mr Dunn added: “However, since the market is not delivering this rational outcome, it is time for the government to step in to correct this market failure.

“For a long time, the TFA has been urging a taxation framework within which landlords make decisions about land occupation to encourage longer farm tenancies and to remove taxation benefits to those who wish to continue to let on a short-term basis.

“If we get to a budget on 6 November, we will be pressing the Chancellor of the Exchequer, once again, to take this approach,” he said.