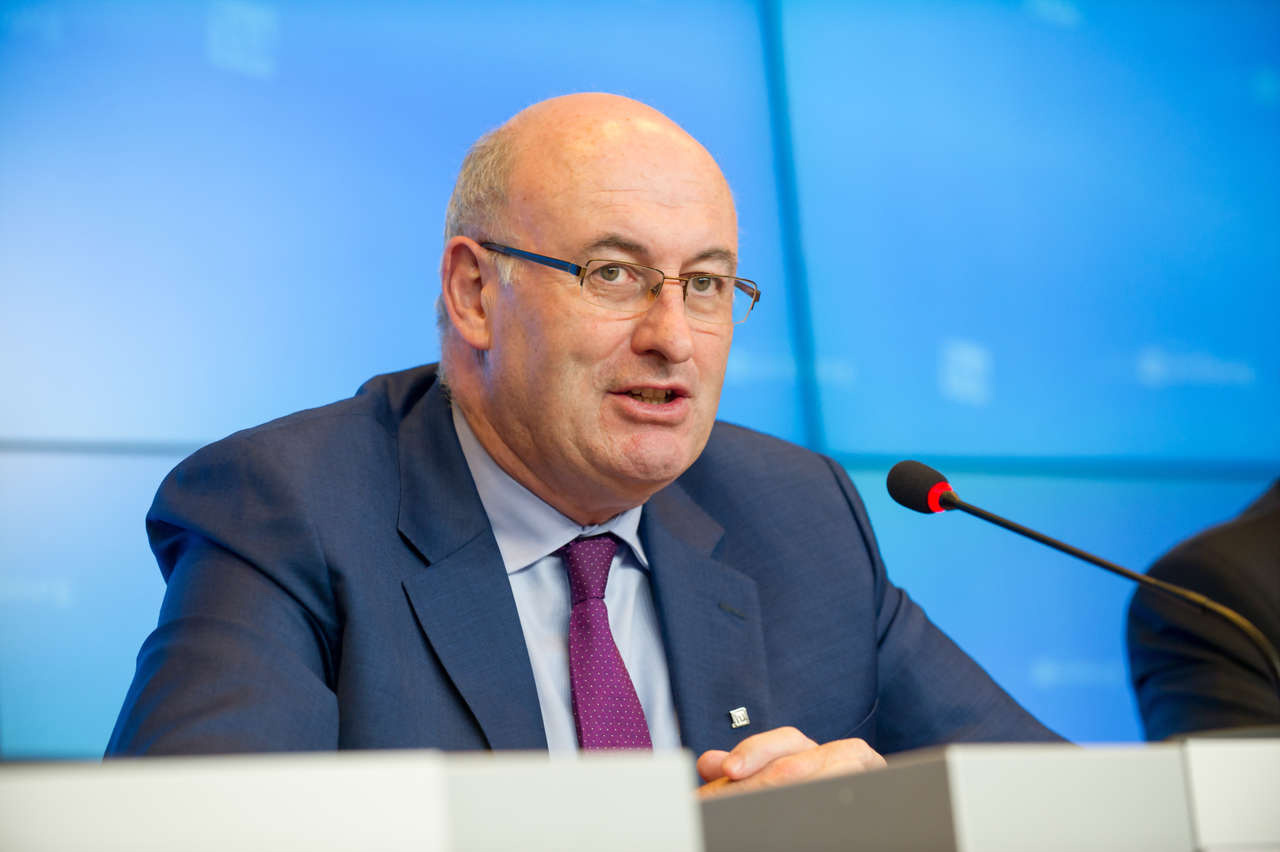 And he says that this is in part due to more than one billion euros of EU support pumped into the industry over the last two years.

"The good news is that for some months now we are seeing signs of recovery," said the Commissioner during a speech to the European Dairy Association (EDA) in Nice, France.

He said that global demand was now picking up - most notably for butter and cheese. And he said, "The long-awaited reaction from the supply side finally materialised in the EU starting in June this year.

This has translated into better dairy prices, which have substantially increased in the EU since May," he said.

"Experts in the Milk Market Observatory (MMO) confirmed last week that prices for butter and cheese are expected to remain robust through early 2017.

"This improvement is also reflected in better farm-gate milk prices - up 10 per cent from July to October. And these prices are expected to increase further through the end of the year."

However, now that prices were improving it was more important than ever for the dairy sector to remain "market oriented," he said.

The EU was currently operating a milk production reduction scheme and exceptional adjustment aid, which should contain, to some extent, the expansion in production, he said.

"As long as we produce what the market demands, recovery is guaranteed. None of us has any interest in risking the balance, which has been so difficult to achieve. Maintaining this balance requires an effort from all actors across the sector."

He said that 58,000 dairy farmers across 27 member states had taken part in the milk production reduction scheme. "I am now looking for the same level of commitment from the industry. You know your clients and their needs.

"I urge you to remain customer driven and produce what they require," he said.

Phil Hogan said that the dairy sector was of "massive strategic importance" for European agriculture and for the European Union's rural communities.

"Anyone who knows rural Europe is well aware of this fact. As someone who grew up on a small dairy farm in Ireland, I understood this fact long before I began this job.

"And restoring health and balance to the sector has been my priority since my first day as commissioner.

"That is why I have done everything in my power to support the sector during this difficult time," he said.

Michel Nalet, president of the EDA, had said that the crisis in dairy appeared to be close to the end. "I am cautiously optimistic that this is true," said the commissioner.

"Now we must work together to continue this recovery, and do our best to make sure a crisis of this magnitude never happens again."

'Uptake has been massive'

One of the measures taken by the European Union was an intervention scheme for skimmed milk powder (SMP).

Towards the end of November Phil Hogan authorised the sale of some of these intervention stocks on the market.

Just over 22,000 tonnes of SMT was put up for tender. The commissioner explained this decision to the EDA.

"I believe the public intervention mechanism has played its role in stabilising markets and removing surpluses in an overwhelmingly imbalanced scenario.

"This was done in full knowledge of the fact that this removal is temporary and the bought-in product has to find its way onto the market one day or another," he said.

"Let me remind you that, in line with my full and consistent commitment to the sector, earlier this year I gave instructions on two occasions to increase the volumes under which public intervention of SMP takes place at fixed price.

"This was a way to give certainty to the sector in general and to the dairy industry in particular.

"The uptake has been massive, to the extent that some 30 per cent of one year of EU SMP production has been sold to public stocks. Member states have put forward some €600 million for buying that product.

"It’s true that it will be recovered once the product is sold, but until that moment arrives, the financial burden is not negligible.

"Some of you may say that my recent decision to open the sales compromises the recovery taking place on the protein market. But I can tell you that, as long as butter and cheese prices remain remunerative, there is some margin for SMP to be more competitive on the world market.

"And certainly there is no reason to think that such a move will prevent milk prices from reaching sustainable levels, especially given that quotations for other dairy products remain high."

The commissioner warned that a "truly market-oriented policy" could not rely on large-scale commission action of this type in the future.

"Instead, we must build the resilience of the sector so that it can cope with future shocks. I have taken strong action to lay these foundations, and today I am calling for your support to bring these important changes into force."

He said he had established a task force to find new and better solutions to restore balance to the food chain and strengthen the position of farmers.

This task fore had produced a report. Amongst its recommendations was a call for new rules at EU level to cover certain unfair trading practices (UTPs), as well as the implementation of effective enforcement regimes in member states such as through the use of an adjudicator.

He said he had also been travelling the world to find new markets for EU dairy products abroad.

The commissioner said that the European Commission would continue to stand by the dairy sector when required, but in an "efficient and market oriented" manner.