'There is no silver bullet': Meeting attempts to find solutions to feed and fodder shortfall 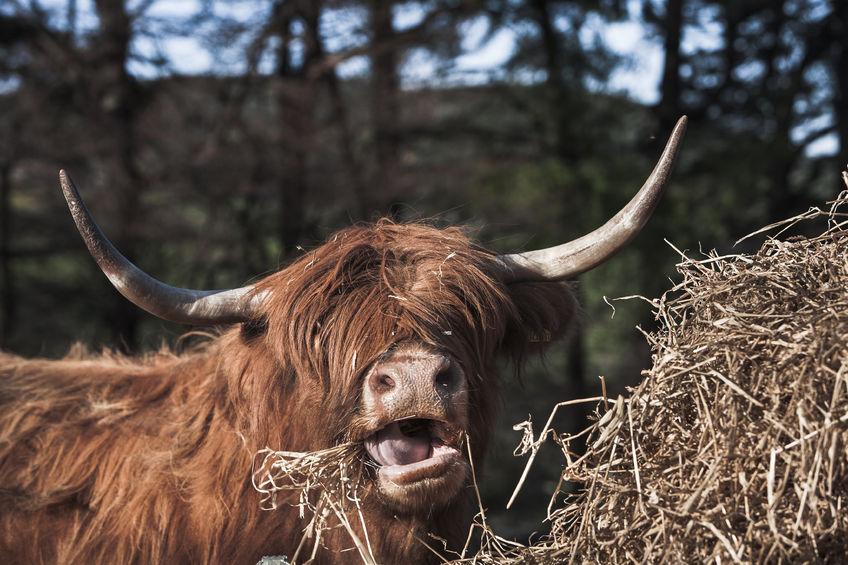 Scottish farmers have used a meeting to identify solutions to the feed and fodder shortfalls this autumn and winter.

In an exceptional year, months of cold, wet weather last winter and spring have been followed by the hottest, driest spell for a generation.

It has had a huge impact. For livestock farmers, grass growth for cattle and sheep has ground to a halt, many are already feeding hay and silage that was intended for the coming winter and supplies of all feed and bedding are challenging to secure.

For cereal growers, early indications are that the winter barley harvest has been, at best, average. Spring barley, sown during a cold, wet spring, will see its harvest start in earnest in the coming weeks and spring barley is Scotland’s most important arable crop.

Exceptionally volatile weather over the past 12 months has made this a "costly and difficult" time for all farmers and crofters, according to NFUS Vice President, Martin Kennedy, who chaired the meeting.

"That is having an impact that no one could have predicted. It was hugely worthwhile pulling in key stakeholders as we all work to identify short-term solutions that may address the serious shortfall in feed and fodder that is emerging," he said.

“There is no silver bullet, but farmers can be reassured that help and advice is available from several of those round the table today.”

It was agreed that farmers need to assess their fodder and bedding requirements for the winter ahead.

The meeting heard how farmers should bale straw, and those who require straw should place orders now.

The Scottish government has been urged to pay at least 90% of the basic payment scheme in October, as they did last year, and bring forward the payment of all pillar 2 payments.

The roundtable also heard how the UK government must investigate the possibility of paying Renewable Heat Incentive (RHI) to anaerobic digestion (AD) plants who voluntarily choose to divert their distillery by products to animal feed, and to consider the long-term impact on animal feed supply because of the growth in AD plants.

The meeting heard how the Scottish Government must request that Europe relax the 3-crop rule requirement to allow growers more time to bale straw rather than plant winter crops, and relax their rules that require ‘Green Manure crops’ like clover, peas and oats to be ploughed in after 15 August, as this could be used for fodder.

After the meeting, the NFUS Vice President said that the sooner farmers start to plan ahead, the better.

“In the past few weeks, we have seen examples of arable growers turning off the choppers on their combines and baling more straw for their livestock neighbours; grass margins around arable fields have been baled for fodder; plantings of fodder crops like kale are on the rise and livestock keepers have shifted from bedding their animals on barley straw to alternatives," Mr Kennedy said.

“This is set to be an extremely challenging autumn and winter, but those round the table today are committed to helping the industry through it.”