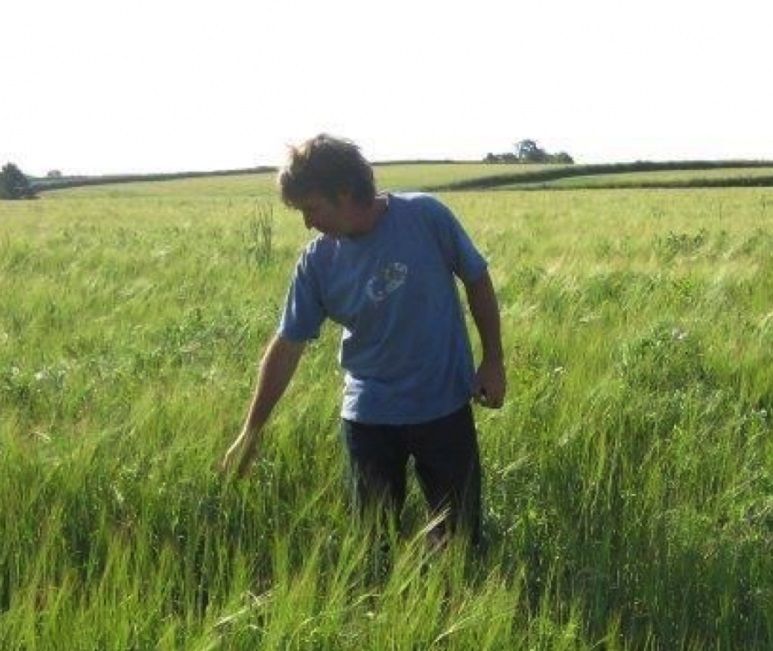 Jo and Tim Budden's produce was praised as 'second to none' at the award ceremony (Photo: Sustainable Food Trust)

A farming couple from Devon who run a mixed 350-acre farm have won this year's Best Organic Farmer award presented by the Soil Association.

The winners of the Best of Organic Market (BOOM) awards were announced at a ceremony in London last night (June 26).

Run by the Soil Association, the awards ceremony saw organic brands, products and people crowned as the best in their field.

WELL DONE to Jo and Tim Budden from the fantastic @HigherHacknell Farm for winning the Best Organic Farmer award at the #BOOMAwards pic.twitter.com/Y7wuN5JbX9

Nominations for the pair were made for the quality of their produce being “second to none”, employing local people, reducing packaging and food miles and having a farm that is “not only a wildlife haven…but a thriving business”.

Liz Bowles, Associate Director of Farming at the Soil Association, said the couple were for their 'long-standing dedication' to mixed organic farming.

“Jo and Tim are traditional family farmers, farming in harmony with nature and using native breeds,” she said.

“Their impressive organic home delivery website and innovative approach to meat marketing through on farm processing and direct sales also helped to raise them above the other fantastic nominees and finalists in this category.”

Other awards given out at the ceremony include Best of Organic Dairy, which was awarded to Somerset farming business Godminster for their vintage cheddar.

Meanwhile, Best of Organic Fresh Produce was awarded to Bothen Hill, for their organic asparagus.