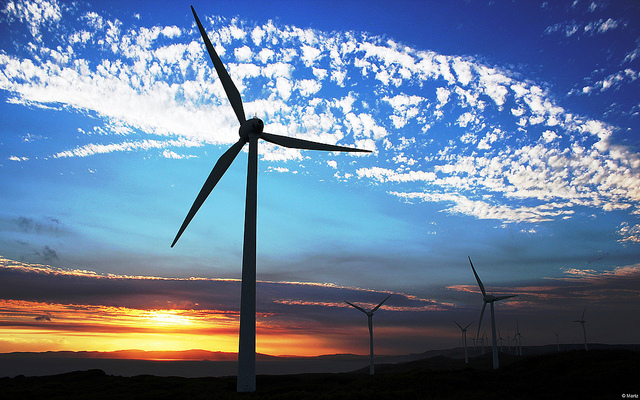 Farmers are already playing their part in minimising climate change

The NFU has called for a "united approach" to minimise climate change and its impacts, and said that a joined-up approach between the government and farmers is essential to achieve this.

He said that farmers are ready to play their part in minimising climate change by striving to achieve net zero emissions, reducing agricultural emissions and initiating negative emissions.

Achieving net zero emissions from farming by around 2050 would be in line with the historic Paris Climate Agreement, signed by the UK and nearly 200 other countries in 2016.

This requires rapid cuts in greenhouse gas emissions, alongside efforts to maximise the potential of carbon sinks such as woodlands, peatlands and soils.

It comes as Westminster signals a shift to green farming policies after Brexit. Earlier this year, Defra Secretary Michael Gove announced British farmers will receive money to make improvements to the environment under a new system of subsidies.

The unprecedented range of stakeholders from across the farming industry to sign the letter demonstrates a willingness to help the industry bolster its environment commitments.

With estimates showing that farmers own or host more than two-thirds of Britain's solar power installations - the records couldn't have been achieved without them.

Commenting on the ECIU event in Parliament, Mr Smith said that with the extreme weather experienced this year, the release of the IPCC report and the Agriculture Bill going through its Second Reading in Parliament, it is "more important than ever" that discussions on climate change and net zero take place.

But he emphasised that any changes made should not impact food production.

“If government does set a target of net zero then a joined-up approach is absolutely essential, and will need to involve farmers and landowners in the discussion and work with them to make it happen,” he said.

“We need to start making changes now and for farming it’s all about our approach to using land. Changes shouldn’t decrease UK food production but we need to take responsibility for our part in a global move to net zero, and farmers are more than ready to take on this challenge.

Mr Smith added: “There is also interesting research being undertaken to better understand the genetics of low-methane emitting animals, and the NFU is developing proposals for a new Livestock Productivity Scheme which will help deliver significant greenhouse gas reductions.”

Other speakers at the event included Professor Jim Skea from the IPCC, Baroness Brown from the Committee on Climate Change and chair of the Adaptation Sub-Committee and Ann Jones from the National Federation of Women's Institutes.