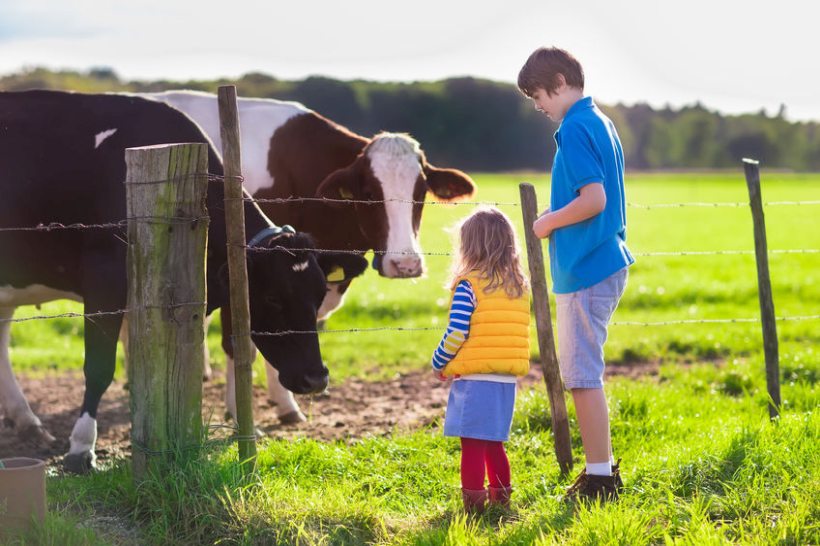 Children are 'more disconnected than ever' from food and farming with one in five unable to define what a harvest is, a new survey has found.

This is according to a new survey by Jordans Cereals, which has found that schoolchildren are still disconnected from food production.

It shows that just 7 percent aspire to be a farmer when they grow up, while a fifth (21%) want to be celebrities.

To combat this lack of knowledge, a new initiative will commence on Friday (9 October) which aims to connect children to the food on their tables.

The concept of a harvest festival dates back to Victorian times, with the earliest recorded thanksgiving service taking place in Cornwall in 1843.

Now, 177 years later, schools are being invited to take part in the digital celebration, hosted by pop star JB Gill from JLS and involving farmers.

Mia Hartwell, of Jordans Cereals said: “Harvest is a special time of year, not just in the farming calendar but also for schools who usually gather together to celebrate the food our farmers produce.

“While coronavirus continues to prevent schools from bringing large groups of children together, we were determined to find a way to mark this important milestone and bring the countryside to the classroom.”

The virtual day will include drone footage of an oat harvest – but many children are unaware of how cereals are grown, with nearly a third (27%) assuming it takes just three weeks for the oats to ripen, when in fact it’s five to six months on average.

This disconnect extends to other food groups, with 1 in 10 primary school children (12%) claiming carrots originate in a supermarket, and a third (33%) having never grown their own food.

Pop star and farmer JB Gill said: “As a farmer myself, I know all too well how much work goes into growing and producing food, and the importance of farming in harmony with nature.

“The annual Harvest celebration is a brilliant opportunity to teach children where their food comes from, and the journey it makes from farm to fork.”

Harvest Festival LIVE will be streamed live on YouTube at 10am on Friday 9 October from both Jordans Cereals and The Wildlife Trusts YouTube channels.