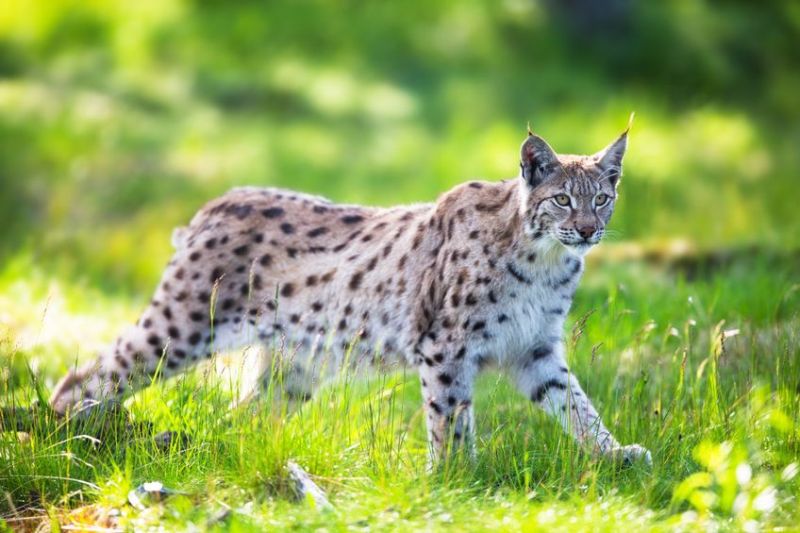 A forest near Loch Lomond has been labelled a 'lynx paradise' by rewilding campaigners despite concerns from farmers the species could ruin their livelihoods.

The Lynx UK Trust is launching a new public consultation on proposals to release the species in Queen Elizabeth Forest Park near Aberfoyle.

The group said the area would be perfect for the animal, despite NFU Scotland calling the plans 'wholly unacceptable'.

Forestry and Land Scotland said there were no plans to reintroduce lynx to Scotland, which has been extinct in the UK for more than 1,000 years.

But Lynx UK Trust says reintroducing the predator would bring benefits such as helping to control and reduce the UK’s over-populated deer numbers.

It also says the Eurasian lynx would reduce damage to forests and improve habitat for smaller animals.

Sheep farmers have frequently criticised the proposals, who say the UK's natural life would not be prepared for the lynx's reintroduction.

NFU Scotland's environment and land use committee chairman Angus MacFadyen said: "The past three to four years have seen a long line of brazen and presumptuous claims from Lynx UK Trust about the imminent reintroduction of lynx.

"Its only application to date, to reintroduce lynx to Kielder, was rejected."

In 2018, the government refused Lynx UK Trust's application to reintroduce Euasian Lynx in Kielder, Northumberland as it did not meet 'the necessary standards'.

Sheep farmers often use Norway as an example to highlight the threat posed by the reintroduction of predators.

NFU Scotland Vice President Martin Kennedy added: "On a study trip to Norway in Autumn 2017, an NFUS delegation heard that Norwegian authorities paid out compensation on 20,000 sheep lost to predators.

"Of the sheep killed in Norway, wolverine accounted for around 34% of losses with the lynx, bear and wolf accounting for 21%, 15% and 9% respectively."

He added: "Predation in Norway has reduced over the past decade - not because of fewer predators, but the fact that hill farmers have simply stopped keeping sheep."