'Wild campers' must be respectful of farms, CLA says 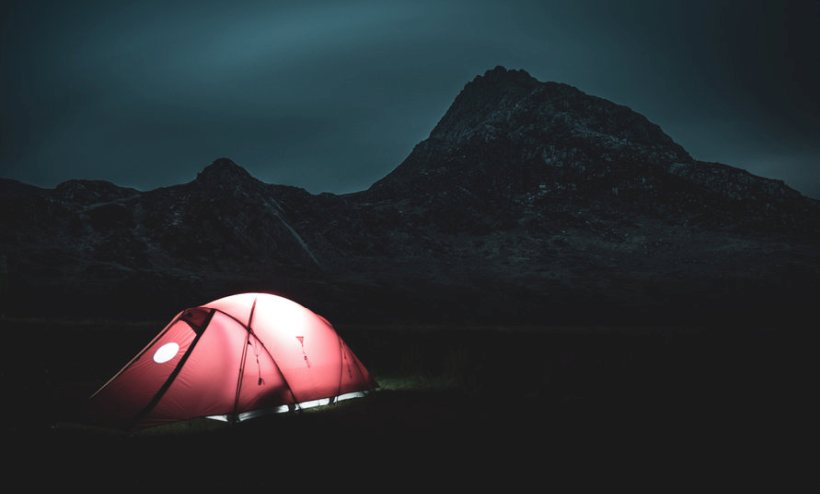 Responsible 'wild camping' could be accommodated on Welsh land as long as it is respectful of livestock and crops, and has the permission of the farmer or landowner.

This is according to the Country Land and Business Association (CLA) Cymru, which has responded to a recent BBC article on wild camping in Wales.

The piece quotes video-maker Lee Dainton, 47, from Pontypool, who said it was "super-important" land was made accessible to all.

"What's the excuse for keeping it locked-down?" he said. "They should let it be open for people to use. You try and get on to a campsite now. Everything is fully booked".

Kitchen designer Kyle Howells, from Cwmbran, said there was no need to ban people who were just "sleeping and having a bit of food and going to bed".

"I've slept in so many spots and you wouldn't know anyone has been there," the 34-year-old said.“

Wild camping, also known as 'fly camping', is illegal in Wales and England. Authorities have powers to act against it, as it is associated with littering, damage and other anti-social behaviour.

But CLA Cymru said responsible wild camping could be accommodated on Welsh land 'where it is safe for visitors, livestock, crops and wildlife and importantly, has the permission of the landowners'.

"It is important to recognise that it’s short-term, recreational and zero-impact, and has a role to play in social wellbeing and further improving the community’s relationship with our land and those who manage it.

"Some rural businesses are already taking steps to develop opportunities within the law.”

Mr de Winton said it was also important to remember that most rural land in Wales is looked after and maintained by farmers.

He added that farms and rural businesses were vulnerable to damage by fire, contamination by human or dog excrement, livestock attack, litter and fly tipping.

"They may have vulnerable livestock and crops, and they play a vital part in bio-conservation and landscape care. This is their home and livelihood."