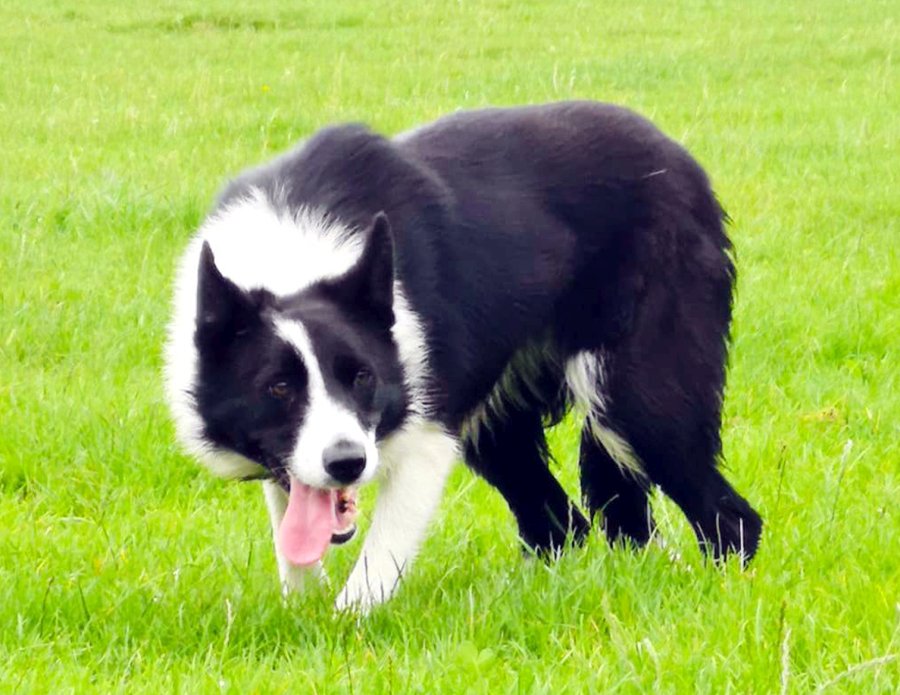 The sheepdog has set a record as the most expensive dog under 12 months old, selling for £12,000

The fully home-bred black and white bitch, just ten-months-old, was sold by Dewi Jenkins from Tal-y-bont, north of Aberystwyth.

The sale comfortably surpasses the previous record of £7,035 for a dog under 12 months sold at the auction.

Also thought to be a world record at the time, it was set at Skipton's spring 2018 sale by another well-bred bitch from Lancastrian Tony Birkett, of Carnforth.

Mr Jenkins, who for the past several years has produced some of the country’s most sought-after working sheep dogs, set the new world record price with his sole entry, who was reared by long-time partner Sara Lewis.

Jet’s buyer was Philip Wood, who farms some 2,700 acres in partnership with his younger brother Michael in the Shropshire Hills AONB at Kinnerton Hall Farm, on the Welsh borders south of Shrewsbury.

His new acquisition will be used solely as a work dog on a mixed flock of up to 4,000 breeding ewes, along with a commercial suckler herd comprising some 480 beef breeding cattle.

Mr Wood and his wife, Sue, had made a pre-sale journey purposely to see Mr Jenkins putting Jet through her paces at home.

Mrs Wood said: “She’s a lovely bitch. In fact, we are convinced she found us because when we went to see her she actually jumped in our vehicle. Dewi said she had never done anything like that before."