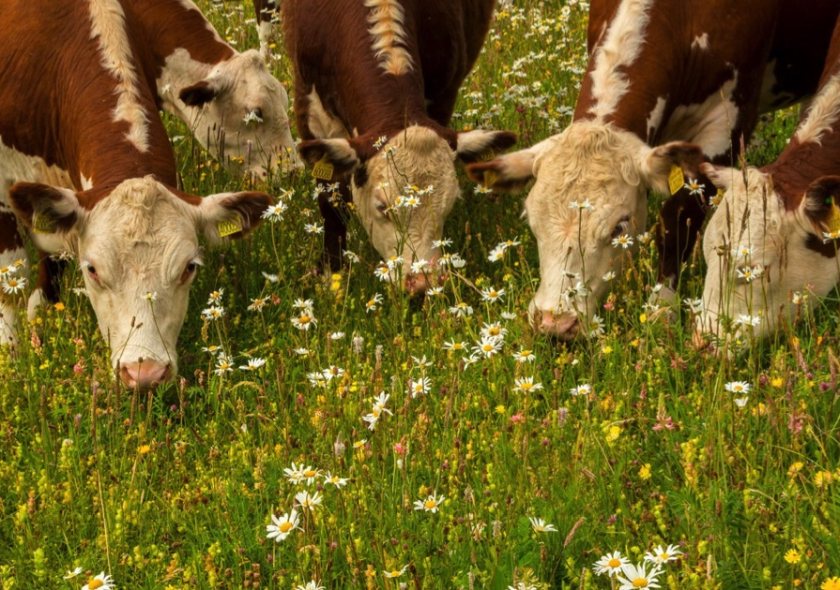 The study, published in the scientific journal Future Foods, is the first record of the benefit from cattle fed 100% forage diets throughout their entire life.

It found that grass-fed beef had more than 40mg long-chain omega-3 per 100g of the meat.

According to the study, farmers could make a nutritional claim when selling their beef as it qualifies as a ‘source for omega-3 fatty acids’ under European Food Standards.

Omega-3 fats have anti-inflammatory properties and a deficiency contributes to a wide range of adverse health conditions, including coronary heart disease.

However, a major weakness of many modern diets around the world is a shortage of these types of fatty acids, exacerbated by excess omega-6 fats.

As part of the research, non-organic and organic sirloin steaks were bought from two supermarkets during May and June 2019.

These were compared with steaks from cattle from two farms certified Pasture for Life – meaning they were 100% pasture-fed.

Steaks from animals kept primarily for vegetation management, also known as conservation grazing, all of which were 100% pasture-fed, were also included in the study, which considered the fat composition of each steak.

Lead researcher Gillian Butler said: “The results show clear differences between the concentration of the good long-chain omega-3 fatty acids and the not-so-good omega-6 fatty acids in the meat between the cattle diets.

"They confirmed that feeding grains and cereal by-products produces less omega-3 fatty acids in the meat and more of the less desirable omega-6 fatty acids.

"The ratio of the omega-6 to omega-3 is also much poorer for grain-fed beef at 7:1 compared to a healthier 2:1 for beef from 100% pasture-fed cattle.”

The Pasture-Fed Livestock Association, which is behind the Pasture for Life meat and dairy certification standards, said the research showed that an animal's diet had a direct impact on meat quality.

Jimmy Woodrow, of the association, said: “The fatty acids we need to eat more of, occur in far higher concentrations in meat from animals fed just on diverse pasture and forage.

“This is exciting news; the scientific evidence is increasingly backing up what our farmers are doing and shows their meat is of the highest nutritional quality for people to eat.”