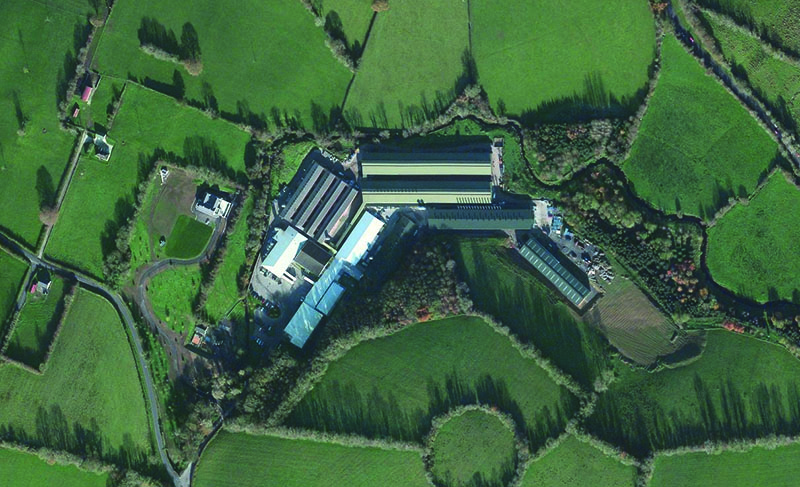 More than 125,000 laying hens have been culled at a farm in Northern Ireland following the discovery of salmonella gallinarum.

A total of 125,000 birds were culled in a cage unit run by Ready Egg Products in Fermanagh when the owner, Charles Crawford, received confirmation of an outbreak of gallinarum – a rare strain of salmonella which is believed to pose little risk to humans. The outbreak was officially confirmed by the Department of Agriculture and Rural Development (DARD). It said in a statement, "DARD is aware of an outbreak of salmonella gallinarum at an egg production unit in Fermanagh. This type of salmonella is non-notifiable and the control of the disease is a matter for the company.

“On this occasion the department assisted the company with depopulation.

This was done efficiently and has resulted in a humane and rapid depopulation of the affected house, which was one of three on the site. This outbreak is unusual in two ways, firstly isolation of salmonella gallinarum is rare in the UK and secondly in this form it is more commonly a disease of backyard flocks rather than commercial ones. Salmonella gallinarum is a poultry adapted strain of salmonella bacteria and is considered to pose a minimal risk to humans."

Charles Crawford told the Ranger that he had no idea where the infection had come from and he said that experts he had asked did not seem too sure, either. One had told him that the strain was associated with backyard flocks; another said it wasn’t. He said it was not easy to find anyone with any detailed knowledge of salmonella gallinarum. “I found it quite difficult to find an authority on the subject, although I am told there is no danger to human health,” said Charles. “The vets only seemed to know what they read in a book.”

Charles said that although salmonella gallinarum was non-notifiable he had made his own decision to cull the affected flock. “I have a responsibility to my own flock and to the rest of the industry,” said Charles, who is a member of Lion. He said that how the industry and government should respond to such outbreaks would probably be discussed with other producers and with government officials because most poultry keepers would never have come across an outbreak of salmonella gallinarum.

The cull has accounted for one third of Charles Crawford’s cage production. He had a total of 375,000 birds in three units on the farm. The culled birds are expected to be replaced in January once the affected unit has undergone an intensive programme of cleaning to ensure it is clear. Charles also has 250,000 free range layers on a different site.

He told the Ranger that infections generally were unusual amongst his cage birds – it was usually the free range birds that were more susceptible to infections because they were out in the open. “I have been in the poultry business a long time and I have never had an infection in the cage birds before.”