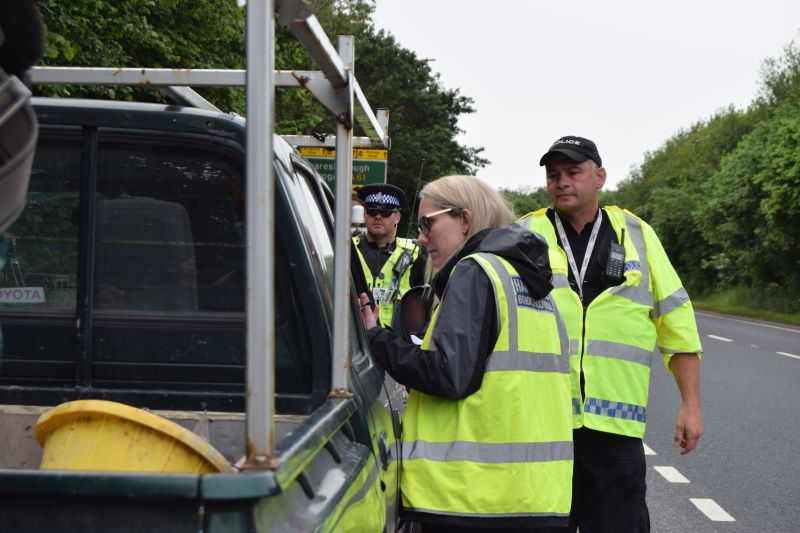 Operation Eyeball is an initiative across North Yorkshire to tackle the blight of fly-tipping, particularly in rural areas

Dozens of vehicles were stopped as part of a multi-agency clampdown on rural fly-tipping in North Yorkshire.

It saw North Yorkshire Police work with the Driver and Vehicle Licensing Agency (DVLA), among others.

Of the 170 vehicles stopped for checks, 11 were issued with Prohibition Notices, four more were seized immediately, and seven Traffic Offence Reports (TORs) were issued for a variety of offences.

Sergeant Stuart Grainger, of North Yorkshire Police’s Rural Taskforce, said: “These high-visibility deployments send a clear message that it’s unacceptable to use defective vehicles on our roads, and anyone trying to fly-tip waste in our rural areas will quickly be identified.

“We also rely on the public to act as our ‘eyes and ears’ – if you find or witness fly-tipping, wherever it is, record as many details about the incident and the waste as you can, and report it to your local authority or via the gov.uk website.

“This will help us take action against those responsible and stop them fly-tipping in the future.”

Councillor Carl Lis added: “We’re determined to tackle fly-tipping in our district and crack down on those individuals who choose to spoil our beautiful countryside.”

Large scale coordinated dumping continues to be a regular occurrence in the countryside, with many incidents involving clinical waste and rubbish from construction and demolition.

Cleaning up rubbish can often cost farmers thousands to remove. For example, a landowner was left with a bill running over £100,000 after he was left more than 250 tonnes of rubbish on his field.