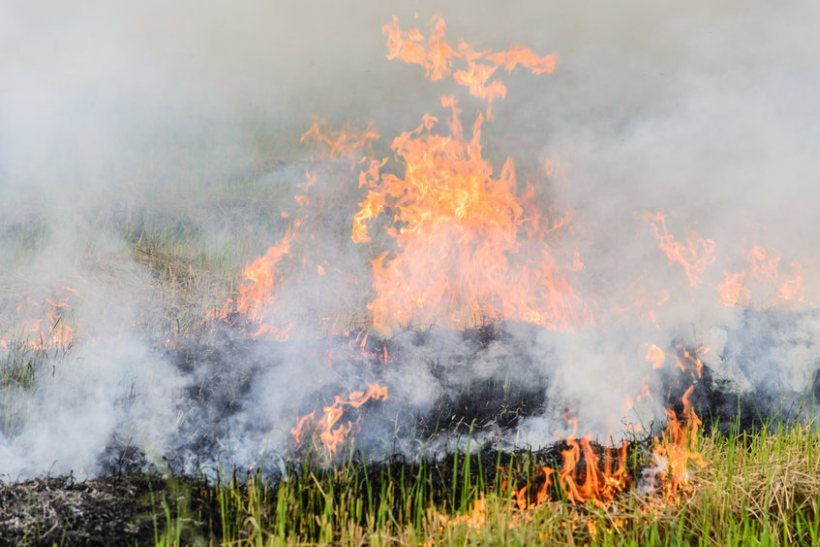 An 18-year-old man has been arrested following a spate of barn and hay bale fires on farms across East Sussex.

The fires were deliberately set targeting roadside barn and hay bale stocks at farms in Beddingham, Alfriston, Tarring Neville and Litlington, between 2 and 7 November 2021.

An 18-year-old man was arrested on Saturday (8 January) on suspicion of committing arson and conspiracy to commit arson.

Sussex Police's Rural Crime Team said he had been interviewed and released under investigation while enquiries continue.

Sergeant Jon Attfield from the Rural Crime Team said this was a "highly destructive crime that impacts our farming community and livestock supplies".

"We are again appealing for witnesses to any suspicious activity seen in the Beddingham, Litlington, Alfriston and Tarring Neville areas from 2 to 9 November last year.

"Anyone with information is asked to contact the police either online or by calling 101, quoting serial 244 of 07/11 or alternatively contact the independent charity Crimestoppers anonymously."

It comes after NFU Mutual had urged farmers to put in place new prevention and control plans as the cost of farm fires shot up a staggering 40% to over £69m last year.