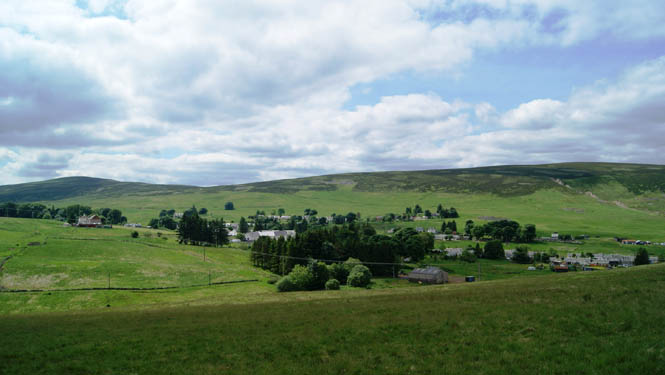 The estate said it is currently exploring an appeal (Photo: Leadhills Estate)

The use of general licences on the 19,500-acre Leadhills Estate in South Lanarkshire has been restricted following concerns over wildlife crime.

The move by Scottish Natural Heritage (SNH) was made on the basis of evidence provided by Police Scotland of wildlife crime against birds.

The estate, which encompasses thousands of acres of farmland, said it is 'disappointed' by the decision.

General licences allow farmers, landowners or land managers to carry out actions which would otherwise be illegal, including controlling common species of wild birds to protect crops or livestock.

But SNH said there is 'clear evidence' that wildlife crimes were committed on the estate.

Nick Halfhide, the group's director of sustainable growth, said: “Because of this, we have suspended the general licences on this property for three years.

“They may though still apply for individual licences, but these will be closely monitored.

“This measure will help to protect wild birds in the area, while still allowing necessary land management activities to take place, albeit under tighter supervision.

“We consider that this is a proportionate response to protect wild birds in the area and prevent further wildlife crime.”

Restrictions will prevent people from using the general licences on the land for three years, and this period can increase if more evidence of offences comes to light.

Leadhills Estate said it is currently exploring an appeal. A spokesman said: “The decision is disappointing as anything which restricts legal predator control does have an impact on conservation of species, activity which is important to the estate.

“The decision to restrict the general licence does make clear it is not inferring any criminal activity on the part of the estate.

“The estate condemns all forms of wildlife crime and all employees and agents of the estate are in no doubt as to their responsibilities.

“There has been minimal grouse shooting on Leadhills now for five years and shooting that has taken place has largely been on a walked up basis.”

Leadhills is an agricultural and sporting estate that has been owned by the same family for more than 300 years.

It covers an area of approximately 19,500-acres of farmland, woodland and moorland.