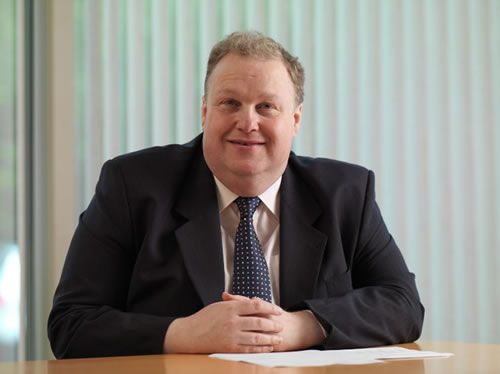 Farmgen, the UK’s leading expert in "energy farming", is in talks with farmers across the UK as its £30million nationwide expansion programme gathers pace.

It is also at the start of the process to create two more AD plants in Lancashire, with an application for Moss House Farm in St Michaels-on-Wyre, near Garstang.

And if 2011 was a milestone year – with Farmgen’s first multi-million pound farm-based Anaerobic Digestion plants in Warton, near Preston and Dryholme, North Cumbria, switching on and generating electricity to the national grid – he believes 2012 could be even bigger.

Rigby said that the North West of England is poised to become a powerhouse in the renewable sector, harvesting the rewards for its work and investment in green energy technology.

Mr Rigby says the region is now creating a valuable skills base in renewable energy and is at the forefront of developments in the industry.

He was founder and former CEO of the FTSE 250-listed utility services group Spice – now called the EnServe Group - before leaving to set up Greengen Group, which includes Farmgen.

Rigby said: "The Moss House Farm plant will generate 1.2MW of electricity and is typical of the type of sustainable, renewable operation we see playing a role in helping to solve the country’s energy needs. It is also a £4million investment in the local economy.

"On top of that we are talking to farmers across the UK who can see the potential that AD gives them to create a solid revenue stream. That is becoming increasingly important given the continued volatility of the farming sector.

"Farmgen’s vision is based on sustainable growth. It is also about reviving rural economies. Each one of our AD plants creates and sustains about 16 jobs."

Rigby has also just overseen the takeover of international consultancy firm Wheldrake by another of his companies, Local Green Energy.

Wheldrake six-strong energy’s workforce, currently based in Oldham, will transfer to LGE’s offices on the Fylde coast.

He said: "We generate electricity and they place contracts to buy and sell electricity. It seems to be the perfect fit to drive the business forward and we are very excited about the possibilities it opens up, not just for Farmgen but for the other operations in the group.

"This acquisition is a major step in Local Green Energy becoming the industry leader in market intelligence, energy purchasing and management.

The Dryholme project is part-funded by Nuclear Management Partners, through Britain’s Energy Coast.

Farmgen has received a £350,000 grant from Nuclear Management Partners to help connect the green energy plant to the national grid.

The Britain’s Energy Coast Masterplan is a £2 billion package of regeneration projects that will establish West Cumbria as a centre of excellence for nuclear and other energy technologies including wind power, tidal, oil and gas."

Rigby said: "These are exciting times, not only for Farmgen but for the renewable energy industry as a whole

"And as a local company with its roots deep set in rural Lancashire, we are delighted to be able to keep the county in the forefront of developments and spell out the message that AD plants have a part to play in the UK’s energy mix.

"The two new sites represent a £7million investment in the technology and are generating enough electricity to power 3,200 homes.’’