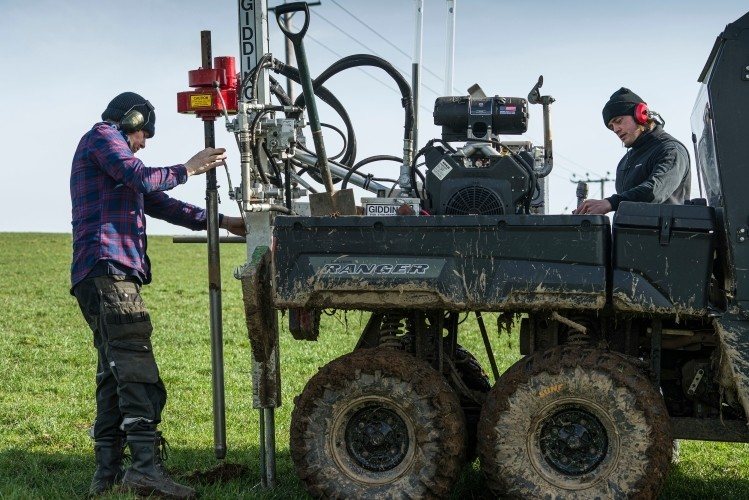 The project will carry out intensive soil carbon analysis at a fraction of the usual cost on farms that supply the UK dairy co-operative.

It will see high intensity, field-by-field soil carbon stock quantified across 40 farms, with the intention to extend this to 100 farms by the end of 2021.

This approach will allow soil carbon sequestration to be quantified over time to support the dairy co-operative's net zero goal.

Unlike conventional soil carbon stock analysis, this project will use proprietary technology developed by Agricarbon, which has never been deployed commercially before.

Agricarbon extracts soil samples from the field using a Giddings hydraulic probe – originally designed for use by NASA on their Mars mission - which takes a 4cm core to a maximum depth of 1m.

This allows soil carbon stock and bulk density to be analysed at full soil depth and in different depth layers.

"We’ll be working with our members using this data to understand soil carbon levels and inform the development of practical regenerative plans for farms that capture additional soil carbon through sequestration, whilst maintaining and enhancing productivity and efficiency.”

The initial phase of the project will be conducted in partnership with Nestlé, which is supporting this as part of its climate journey roadmap.

Robin Sundaram, responsible sourcing manager for Nestlé UK, added: "This project will enable us to build a scientifically-robust baseline dataset on soil carbon levels, allowing us to accurately determine the effectiveness of regenerative practices over time in capturing additional soil carbon.”