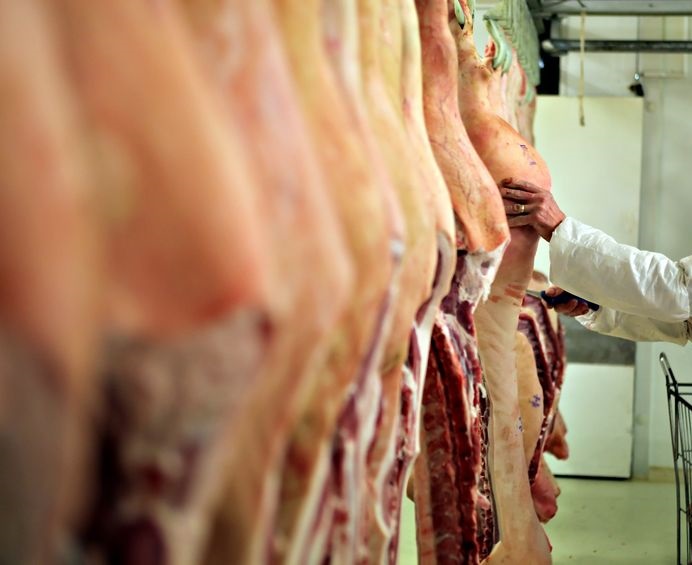 An abattoir in London has been fined nearly £24,000 for meat hygiene failings which have been described as a 'unacceptable disregard of procedures'.

Romford Halal Meats Ltd has been fined a total of £23,952.35 after being prosecuted by the Food Standards Agency.

The abattoir was found guilty of failing to prevent carcases from coming into contact with others before a post-mortem inspection is completed.

The bunching of carcases at the abattoir occurred on 23 July 2017 and followed a series of warnings provided to the site operators to resolve the issue.

The EU provision helps to ensure that carcasses are not bunched together prior to inspection which reduces the likelihood of cross-contamination.

Once a post-mortem inspection has taken place, a carcass can have a health mark applied and be placed on the market.

District Judge Gary Lucie handed down his judgement on 15 March 2019 at Barkingside Magistrates’ Court and the food business received a fine of £8,000 and ordered to pay costs of £15,782.38 and a victim surcharge of £170.

Dr Colin Sullivan, Chief Operating Officer said: “We welcome this fine for the unacceptable disregard of procedures that are put in place to protect consumers.

“It helps to send a clear message to other abattoirs that fail to uphold the required standards of food safety.”