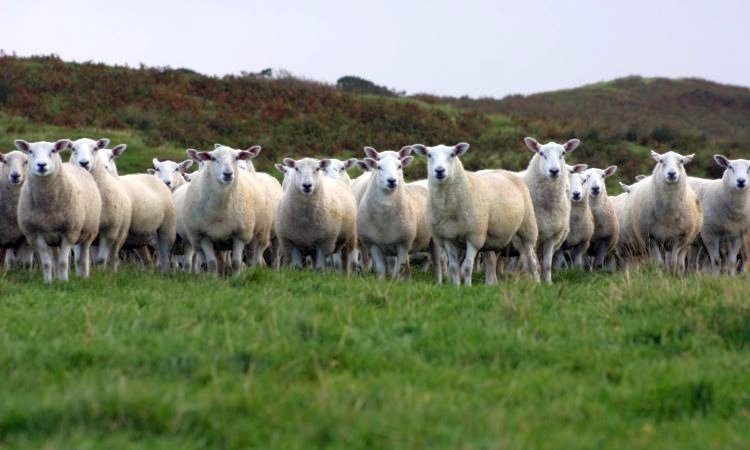 An Aberdeenshire Charollais ram has been named the most valuable breeding sire in the United Kingdom, according to an industry project.

The five-year RamCompare initiative has released its fourth-year results this week, spanning the 2019 breeding season.

The project demonstrates how farmers can use specific estimated breeding values (EBVs) to identify rams with a high genetic potential.

Part-funded by Quality Meat Scotland (QMS) along with industry partners, it also shows how producers can prove rams' worth when assessing financial impact.

RamCompare takes nominated performance-recorded rams from various terminal sire breeds and uses them on nine commercial farms in the UK.

In one of the largest trials of its kind, this project has recorded the performance of 19,000 lambs sired by 211 rams through artificial insemination (AI) and natural mating, over four breeding seasons.

The results show that once again, a Charollais ram tops the list for Shearforce EBV, a breeding value indicating meat tenderness.

This year, the top sire was Crogham Lambert (11AB00035) bred by Crogham Charollais and provided to the project by the Ingram family at Logie Durno in Aberdeenshire.

Meatlinc (HRF:09012) bred by George Fell tops the rankings for Scan Weight EBV (speed of growth) and comes second for Days to Slaughter EBV – where he is pipped to take the top spot by a Hampshire Down (27Z1700622) bred by C M Brant and Son.

Within the project, carcases are dissected to assess primal yields at a fixed weight, a Southdown (883:170545) from Rob Beaumont and a SuffTex (UK 0 304652 06765) from Robyn and Nick Hulme, provided the greatest weight of meat in the middle (loin) and haunch sections respectively.

The latest update shows a great spread of rams among the most recent lists of trait leaders.

Signet Breeding Manager, Sam Boon, urges breeders to focus on those traits that deliver the greatest profit to their system, and source recorded rams with the right EBVs to deliver them.

“Few rams can do it all; some will excel for carcase conformation, others for speed of finish, producers should evaluate their system and determine which sires have the potential to make the biggest financial impact.”

With seven different breeds topping at least one of the RamCompare leader tables, the UK sheep industry shows extensive range and genetic variation and a wealth of opportunities.

Bruce McConachie, Head of Industry Development at QMS, said the results from this project are invaluable to farmers.

"It will ensure that terminal sire ram buyers have confidence that selecting and using the best EBVs will have a positive benefit to their bottom lines,” he said.

Buyers can access the RamCompare data online to see a ram’s genetic ranking for specific traits such as carcase attributes or growth rate.