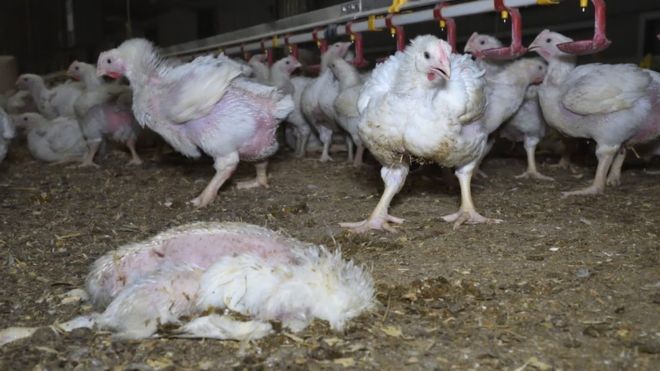 An animal rights group has claimed that three Moy Park farms in Lincolnshire have kept chickens in 'horrifying conditions'.

Animal Equality UK said it uncovered 'extreme suffering' on farms owned by the chicken producer, which is one of the UK’s biggest.

Activists from the charity said they visited the farms between February and April this year.

The group said many of the chickens were found with 'severe leg injuries' with 'some unable to stand'.

The farms are certified by the farm assurance scheme Red Tractor. According to them, they also identified breaches.

A spokesperson for Red Tractor told the BBC: “Our own routine auditing of these farms had identified some breaches to our high standards.

“We have been working with them to ensure they put the necessary processes in place for them to remain Red Tractor-certified.” 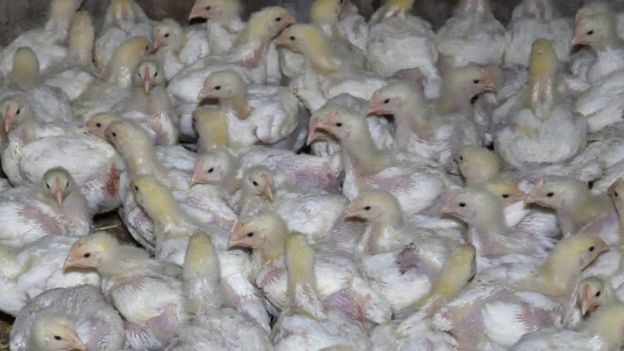 Following the release of the secretly filmed footage, Moy Park, which supplies the likes of Tesco and Sainsbury's, said it was investigating.

A spokesperson for Moy Park said: “We have a zero-tolerance attitude toward anything that jeopardises the health and welfare of our birds and we are fully investigating these allegations.

“We have robust processes in place to carefully monitor the welfare conditions for our birds and we have regular independent audits, taking corrective action with our farming partners if required.”