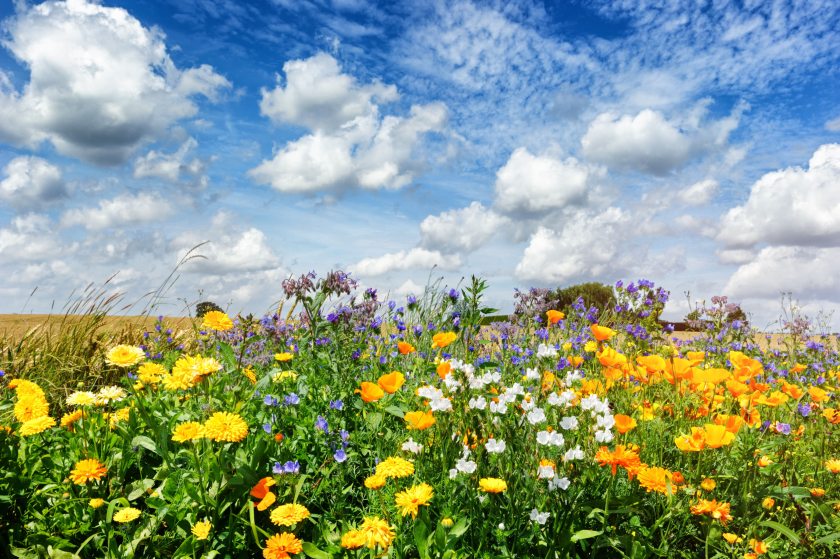 Farms adopting environmental management are benefitting financially from their stewardship

Subsidies paid to farmers for protecting the environment provide more stable farm incomes than the EU's direct payments, according to a new study.

The findings are of great relevance as the UK moves to the new post-Brexit Environmental Land Management, away from the EU's system based purely on the number of hectares being farmed.

The research, by Rothamsted Research, the University of Reading and Newcastle University, studied 2,333 farms across England and Wales.

Using statistical models, they examined the effect of farming practices and subsidies on the stability of income, and their relative importance over the nine-year period.

An increase in direct subsidies paid to farmers based on the area farmed was associated with less stable income, across most farm types.

In contrast, dairy, general cropping and mixed farms that received more agri-environmental payments had more stable incomes in the short and medium-term.

However, farms in Less Favoured Areas - predominantly upland farms who graze sheep or cattle - did not see the same stability benefits from agri-environmental payments.

The study's lead author Caroline Harkness said it was 'encouraging' to find that most farms adopting environmentally friendly practices had more stable incomes.

She said farmers were benefiting financially from their environmental management, while in contrast an increase in direct payments per hectare was associated with less stable farm income.

Farmers diversifying into a wider variety of crops or livestock received more consistent year-to-year incomes - as do those who reduced their use of fertiliser and pesticides.

“Environmentally friendly practices including agri-environment schemes, diversifying outputs, and reducing the use of chemical inputs, are associated with environmental benefits and importantly could also increase the stability of farm income,” Ms Harkness said.

But she added farms in the uplands were already operating in challenging environments and many of the options in agri-environment schemes may not be available or well suited to deliver ecosystem service benefits.

The results also showed that greater diversity in crop and livestock activities increased the stability of income, in dairy, general cropping, cereal and mixed farms - but this was not an important factor for farms that primarily graze livestock.

Reducing the input intensity also seemed to be an important factor increasing the stability of income for all farm types, she explained.

“With rising input prices, a concern of many farmers is to control the use of expensive inputs.

"Whilst farms with higher input costs are more likely to have higher outputs this does not always translate to a higher farm business income, and these farms also saw larger fluctuations in income.”

The researchers examined data from the Farm Business Survey, between 2007-2015, for a range of different farm types.