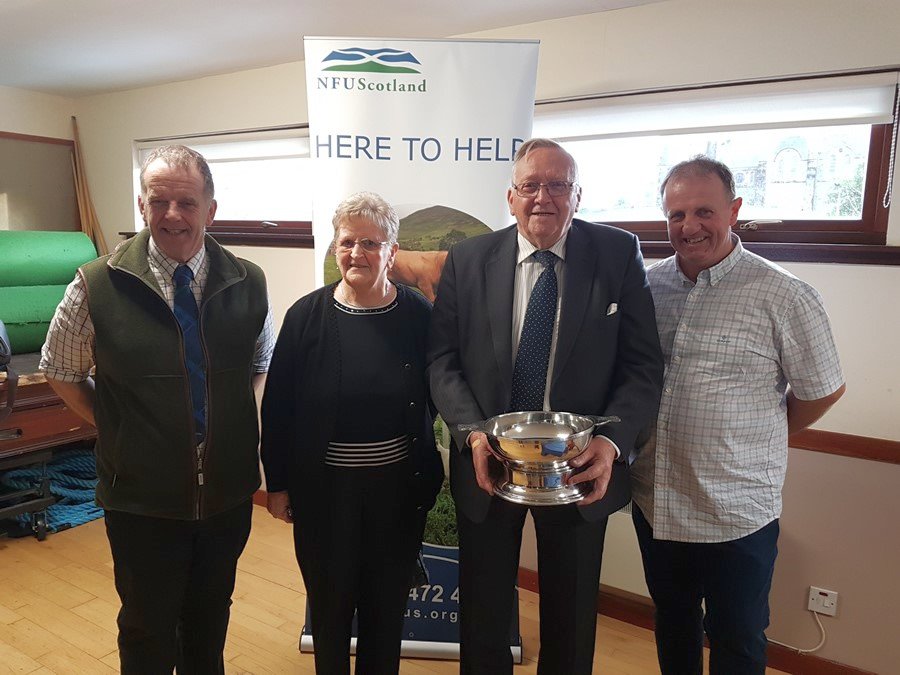 The family business provides a service to the farmers of Argyll, delivering livestock to markets whenever required

A farming couple at the helm of an agricultural haulage firm that has been serving Argyll & the Islands for decades have been recognised for their services.

Donnie and Kate McKerral started the successful haulage business, Peter McKerral & Co, in the mid-1970s with just one lorry.

Fast forward to today, the firm now has a fleet of 60 lorries and employs 80 people.

The essential service provide from sites in Campbeltown, Lochgilphead and Strachur sees a long list of vital goods hauled in and out of the area including livestock, timber, fish, hay, straw, sawdust and fertiliser.

The couple have now been announced as this year’s recipient of the Stalwart award, presented annually by NFU Scotland’s Argyll & the Islands region at its AGM.

NFU Scotland Regional Chairman, Duncan Macalister presented the award on Friday 10 January. He said: “I can speak from personal experience as to the kind of man Donnie is.

“When I returned home 27 years ago to a struggling family farm and a mountain of debt, Donnie was the only local business that would deal with me without wanting a cheque upfront.

“His comment to me at the time was: “If you work with folk, folk will work with you!”

Mr Macalister added: “Donnie and his family provide a personal first-class service to the farmers of Argyll, delivering our livestock to markets whenever we require.

“Of equal importance is the list of essential goods they bring back into the region. I am told there is no such thing as a backload but am assured that, with over 60 trucks on the road, they will bring back whatever, whenever and it will never be a problem.”

Speaking after the award, Mr McKerral said: “Kate and I are quite shocked. It was totally unexpected, but we are delighted to receive the award on behalf of the family.”