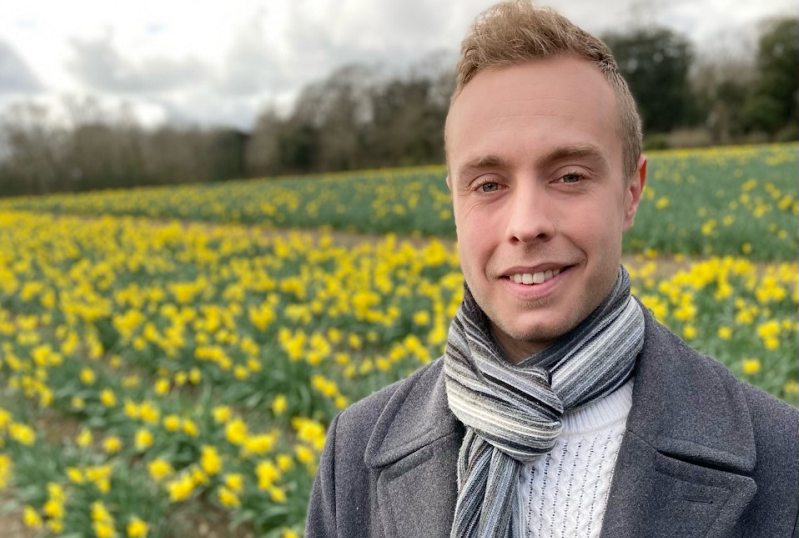 The first prototype could be up and running by the end of April, founder Ben Green says

The availability of agricultural workers is a growing concern for farmers and growers since the UK left the European Union.

Kernow Robotics, founded in 2019, aims to ease this pressure by rolling out a fleet of self-driving farms across the country.

"This pressure is unlikely to change so we started looking at using robots for tasks instead,” Mr Green explained.

With Brexit restricting availability of seasonal workers from abroad, labour shortages have been an ongoing trend, he noted.

“I think Cornwall got 200 workers on the new seasonal worker scheme, which is enough for one daffodil farm – nowhere near the requirements.”

However, the robot is not necessarily designed to replace jobs, but to supplement them: “For example, you wouldn’t pay someone to walk around a field scaring crows all day but with a mobile robot there’s no cost,” Mr Green said.

He added: “For precision spraying you can have a small robot driving over every row of vegetables with a camera that specifically identifies a weed and has a nozzle to spray it.

“Chemical usage could be cut down to more sustainable levels. That’s the exciting bit for us because we’re enabling brand new schools of thought on how we can approach these barriers that have always seemed insurmountable.”

The first prototype could be up and running by the end of April, with the machine ready to hit the commercial market in three years, priced at around £10,000.

Kernow Robotics is now looking to form partnerships with local producers and farmers, to work together while generating interest about what the robots can do.

The firm plans to offer the whole service as a package, in which the farmer will contract the team to bring robots to a field and oversee the process, without the farmer needing to be there or having to shell out for the robot itself.

Beginning with local challenges, Kernow Robotics will focus on how the machines can help Cornish daffodil farmers before looking into options on livestock farms.

As the firm goes forward, Mr Green said it would discover more uses for the machines, such as robotic monitoring for calving or lambing.

"The robot will be able to identify when an animal is in labour and send a message to the farmer in case it needs assistance," he added.

“I’m really focussing on local problems and helping local farmers – I hope to make a real difference to the future of Cornish farming.”